10 best Apps for iPhone and Android

Smartphones are spectacular little devices because they’re able to so much that others simply can’t. Android and iOS are equally working when it comes to apps – whether you’ve got the latest Android smartphone or latest iPhone, there’s plenty of apps that can be for both iPhone and Android.

We’ve worked our way through a whole load of apps to reveal the ones you can download to your iphone and Android.
Let’s get to know some of the latest, excellent and awesome app for today’s generation smartphones.

1. Evernote (Personal organization)
A great free app to help you stay organized or simply jot down ideas wherever life takes you. Evernote lets you create, view, organize, search and share your ideas

2. Mint (Budgeting)
Set budgets, track expenses and reach your financial goals with the free Mint.com Personal Finance app for Apple and Android. This handy download for smartphone and tablet users lets you see what you’re spending (and saving) through color-coded lists and graphs. You can also track your bank account balances in real-time, follow investments and even break out your expenditures by category and receive alerts when you’ve exceeded your budget.

3. RedLaser (Shopping)
The free RedLaser app uses your smartphone’s camera to take pictures of product bar codes and then displays, within a second or two, the best prices at online or local retailers.

4. SoundHound (Entertainment)
Ever heard a great song on the radio, in a store or during a movie and had no clue who sang it? With the free SoundHound app, simply hold the smartphone up to the speaker and within seconds you’ll see the name of the song, including artist and album information.

5. Lose It! (Health)
The free Lose It! app is a handy tool to help you achieve your weight-loss goals. Set a goal — such as lose five pounds in one month — and then the program will calculate your targeted daily caloric intake to reach it. Tap in what you’ve been eating (by food, such as “one medium apple,” or even by brand, like one bowl of “Kraft Macaroni and Cheese”) and it will calculate the calories for you.

6. Words With Friends Free (Game)
The game that’s so addictive Alec Baldwin was kicked off a flight for refusing to stop playing (lucky for him, the plane hadn’t taken off yet). Zynga’s Scrabble-like game challenges you to create words using tiles on board. Take turns against your opponents at your own pace. Words With Friends Free supports up to 20 simultaneous matches — and you’ll be notified when it’s your turn for each game. Chat with friends while playing via the in-game text messaging

7. Angry Birds (Game)
If you haven’t heard of this free app, it’s time to come out of your nest. The endearing, addictive physics-based strategy game gives you a giant slingshot to launch an assortment of birds with various destructive powers toward reinforced forts built by scheming green pigs. With more than 500 million downloads across all platforms, it’s the most popular mobile game ever

8. Google Translate (Learning)
Sprechen Sie Deutsch? With Google Translate, use your smartphone to instantly translate one language into another. More than 50 languages are supported, allowing you to type or speak a phrase into the Google Translate app and have it translated on the spot. Along with text-to-speech and speech-to-text, other features include dictionary definitions and support for history/favorites that can be saved for future reference.

9. HeyTell (Social Networking)
Stiff fingers? Not a problem. This voice-based tool lets you send, receive and record texts and calls with the touch of a single button. It not only instantly connects you to friends and family vocally, but also shows everyone’s location, in case you need to find each other (different privacy levels can block the information if you prefer). And messages also can be saved and exported to Facebook and email.

10. Tiny Flashlight (Utilities)
Whether you’re walking to your car in the dark, reading on a dimly lit plane or stumbling to the bathroom in the middle of the night, your phone can make for a handy flashlight — with the right app, that is. As the name suggests, Tiny Flashlight uses your camera’s LED flash (iPhone 4/4S) as a bright flashlight. You can also select from various screen lights with customizable colors and variable brightness settings. 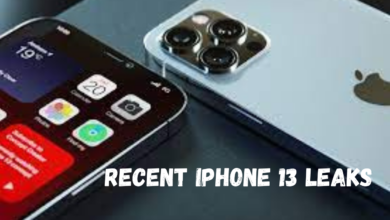 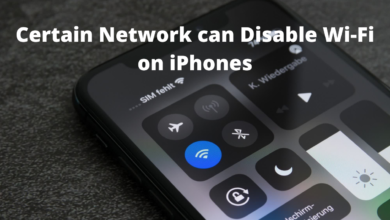 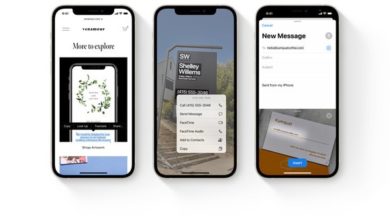 Live Text in iOS 15: What you need to know and how to use it