If you guys are big fans of Age of Empire, then you will find this post very interesting. Today, we are going to share the list of 15 best games like age of empires.
Age of Empires is built on the idea of typical real-time strategy (RTS) formula with players starting the majority of games with a town center along with a small number of workers.

In this game, players collect different resources, make units, construct buildings and research technologies in order to advance their chosen civilization.
The games like Age of Empires also offer the same great experience what you get in the AoE series. You can enjoy these games on all platforms such as PC, Mac, Android, iOS.
So let’s discuss all of them one by one. We hope that these alternatives to the Age of Empires will satisfy you and entertain you as well.
Here is the list of 15 games similar to age of empires: 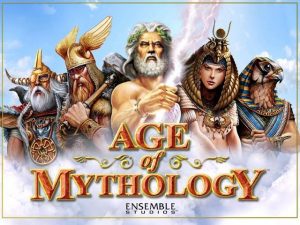 Age of Mythology is a classic real-time strategy game. The maker of Age of Empires, Ensemble Studios decided to make a spin-off series based on mythological beliefs. This game occurs in Atlantis and focuses on the famous Greek, Egyptian and Norse myths and legends. However, the Age of Empires is based on historical events.
The main focus of the game is on building an army, managing resources and conquering the opposing civilizations. The player has to choose from one of the three civilizations: Greek, Egyptian, and Norse and to play. These civilizations have their own religion and culture. The game allows players to choose the major God, based on chosen empire. When players reach the next age, they unlock minor Gods which gift special abilities to the players. 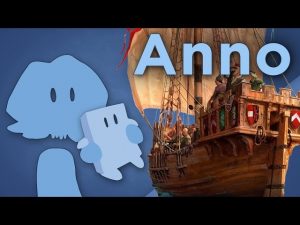 Players can play free the Anno Online game. It is a browser-based real-time strategy game which is created by Ubisoft. This game allows the player to not only build the city but also to manage the economic processes.
In this game, the players have to build and expand their country. Players can also defend it against rivals.
Other than building the country, the game also comes with some other aspects that include combat, exploration, diplomacy, and trade. The students of economics will really enjoy playing this game. They would have a very good excuse to play this game, for research of course.

Starcraft 2 is a space-focused RTS game. This game is developed by Blizzard Entertainment. It is the second installment in the Starcraft series The game takes place in a 26th-century science fiction universe. Actually, the focus of the game is on a galactic struggle between four different species for total universe domination. In order to tell a complete story, the game was split into three parts during development.
In this game, players choose to play as one of the three species known as Protoss, Terran, and  Zergoffers as it offers a non-linear gameplay. The main game “Wings of Liberty” offers the story of Terran, while the two expansion packs offer the Protoss and Zerg stories.

Rise of Nations is set in 18 civilizations and 8 ages of world history. It is developed by Big Huge Games. It is one of the age of empires type games. It is considered to be one of the best strategy games of all time and is consistently ranked.
The Rise of Nations’ gameplay is focused on the concept of “territory”. The area close the settlements of players is considered their territory, and players of the game can build anything only within their territory or in the territory of their friends.
The game player’s aim is to progress and advance to the most modern age to gain access to better weaponry and attack their opponents efficiently, in order to either conquer them.
This game was released in 2003 but is still it is one of the most popular and successful real-time strategy games of all time. 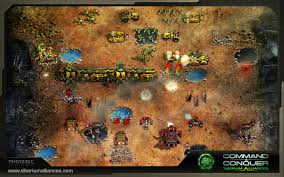 This game is a military science fiction based on the Westwood’s strategy game called Dune 2. It is one of the games similar to age of empires.
In this game, the players can choose their sector in the world to start in, from where they start to build and grow their military base. The players can construct buildings, gather resources and engage in battles against enemy camps.
This game similar to age of empires entered its open beta stage on March 15, 2012, and officially it released on May 24, 2012.

DomiNations based on traditional real-time strategy games similar to Age of Empires. It comes with the more modern mobile genre that is dominated by the likes of Clash of Clans. This amazing game is available on both iOS and Android.
In this game, the players have to take their small nation from the stone age to the space age. Moreover, they have to use the various new technologies in order to dominate their competition. 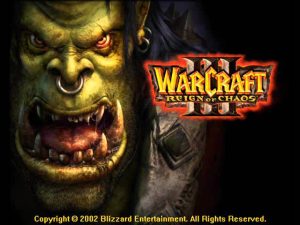 Warcraft III is online rts games and a high fantasy real-time strategy game. This game is developed by Blizzard Entertainment. In this game, players experience an extensive story campaign and a multiplayer component. The world map of Warcraft III comes with a large field, with beautiful terrains like mountains, rivers, seas, and cliffs.
Players need to establish settlements to gain useful resources, defend against other players, and train units to explore the map and attack A.I enemies. In the game, players require three main resources: gold, lumber, and food to construct buildings and combat units.

This is also the age of empires type games and is developed by BlueBite, The Settlers is a free to play browser-based real-time strategy game. However, the game has a few in-game purchases. This game comes with brand new additions and improvements to the genre.
Players have to collect resources and complete in-game missions in order to build their own medieval kingdom. The game has a lot of content to unlock, tons of levels to progress through, various bandit camps to obliterate, and interaction with human players in the world. 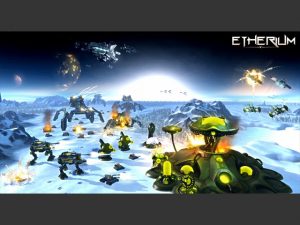 Etherium is the age of empires type game. It is set in the futuristic universe where three different empires fight over the resourceful planets. These planets contain rich deposits of etherium, a highly powerful resource that every empire needs.
The game features both multiplayer and solo campaign modes for the players. It is developed by Tindalos Interactive. In order to secure the total control of the mysterious etherium resource and build their empire to be the most powerful on the planet, the players can take control of any one of the empires.

11) The Lord of the Rings: The Battle for Middle-earth II:

The Lord of the Rings: The Battle for Middle-earth II is one of best strategy games like age of empires and is set in the LOTR universe. This game gives a real-time strategy experience for Windows and the Xbox 360. In this game, players can explore both a good and evil campaign that allows them to experience the game world from both sides.
The game consists of a total of six different factions. Each faction has its own units and structures along with a preferred type of gameplay. The mixture of factions ensures everybody has a faction for their playstyle. 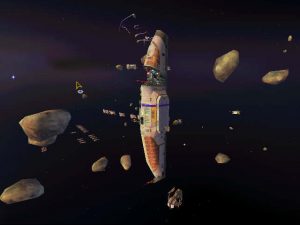 It is a real-time strategy game. This game is set in space and players can experience a story-heavy real-time strategy. The game is based on the story where the Kushan race is expelled from the planet Kharak. Their home planet is destroyed by their foes called Taiidan Empire in retaliation for developing hyperspace jump technology.
Players have to rebuild and reclaim their ancient homeworld of Hiigara from the Taiidan. They have to encounter various pirates, traders, mercenaries, allies and rebels along the way.
The players of the game have to collect resources, build a fleet and uses it to destroy enemy ships and accomplish different missions. The game can be played by the single-player campaign and also multiplayer modes. 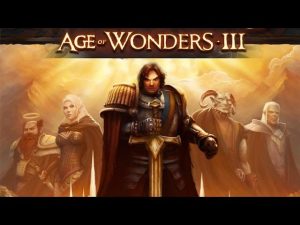 Age of Wonders III is one of the old strategy games. It comes with the setting of a fantasy world. In this game, the players have to become the leader of a kingdom and explore the world. The players have to interact with other kingdoms and different races. In order to lead the kingdom to prosperity, the players have to deal with different situations either diplomatically or through warfare.
Though it is a turn-based strategy game, its detailed fantasy universe is worth getting into. In this game, players explore the world map and they slowly build their empire through colonization. Moreover, against rival empires, they conquer through warfare and diplomacy.

Empire Earth is also the age of empires type game, that offers a great RTS experience and is the first game in the franchise. This game was developed by Stainless Steel Studios and has released in 2011.
This game comes with a large number of civilizations, players can choose from or create their own. It starts in the prehistoric age and advances to the space age. The game has a great number of campaigns that offer a varied experience. It comes with core gameplay very similar to that of most strategy games.

American Conquest is a real-time strategy game. This game is set in history. This game takes players from the 15th to early 18th century. The players have to fight on the American continent and for its colonization. It was released in 2003 and has two additional expansion packs.
The game has a huge range of units and factions with their own unique elements. It comes with long and detailed campaigns that are fun and provide a history lesson.
If you like Age of Empires, you will definitely love these above-listed games. They all are considered the best strategy games of all time.

Facebook Smart Glasses, a next step to Augmented Reality

Galaxy A52 to arrive with these power-packed specs