Zoom frequently adding new features for the users during COVID-19 to make easier accessibility for everyone. Now, Zoom new feature recently added additional accessibility tools to make it more accessible for people who are deaf, hard to hear, and visually deficient to use its video conference software.

The first improvement to the app is the facility to pin or focus on several videos at once, instead of merely one as is actually allowed. This allows people who require interpretation of sign language to pin the video of the interpreter during meetings, keeping it always visible, even when the call is in speaker mode. Only nine people on each call can pin multiple videos, which can restrict large meetings to multiple videos.

Checkout: Zoom Two-Factor Authentication Feature: Here’s How to Enable it

Additionally, zoom new features the host can display a range of videos for all viewers and up to nine different videos can be viewed simultaneously. This is essentially a more selective version of the new gallery view of the app, which splits as many videos as possible on the screen.

The Gallery display itself is also slightly updated so that users can reorder the place of each video instead of loading it in a predefined pattern. Again, the idea is to make it easier to keep certain video streams as prominent as is required. Since August 31st, these features are included in the application. 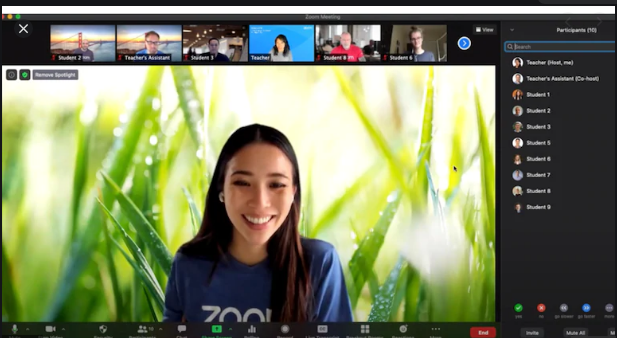 Zoom’s keyboard shortcuts have also been updated and the view reader interface has been improved. Both improvements should help users with visual impairments to use the app more proficiently. This is how screen-readers read the menus and instructions in the app aloud.

The closed captioning system for the app also receives a small update with new text size adjustment options. Zoom itself does not provide a live caption but it provides users the ability to type caption live, and/or can use the new API for the automated transcription of a third-party provider like Otter.ai to integrate.