2015 proved to be a positive year in telecom sector from many angles. The country has achieved many milestones in the field of Information and Communications Technology (ICT) as compared to last year. Let’s look at the both achievements and failures of Telecom Sector of Pakistan during 2015:

Pakistan has witnessed a huge blow in mobile broadband services; as it took a year to increase 3G/4G penetration in the country after it’s arrival in 2014. According to PTA stats, there were only 13,498,677 million 3G/4G subscribers in Pakistan in 2014. Interestingly the number increased to 21,658,155 million by the end of November 2015. Unfortunately, Telecom Analysts deem the sector’s performance in 2015 “below expectations”. Here is graph of 3G and 4G subscribers till November 2015: 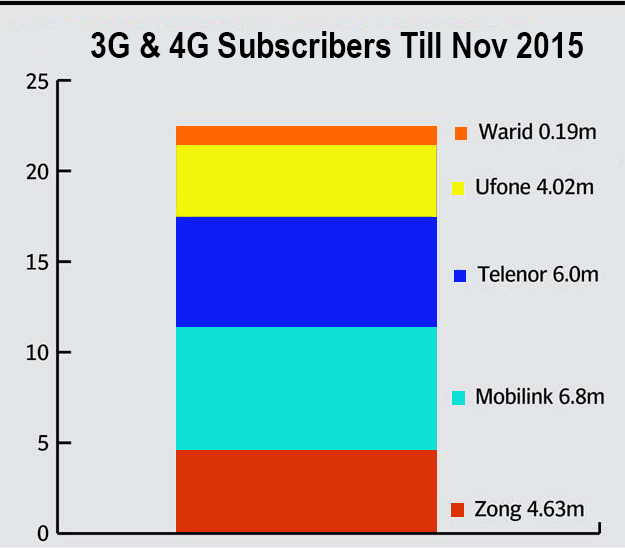 The required growth was also not maintained by the telecom industry during 2015. As due to the bio-metric verification system introduced under the National Action Plan (NAP), the operators lost its subscribers base and mobile penetration percentage decreased; 139 million to 114 million. Other failures that contributed to the overall slow paced growth of the industry include:

The government and policymakers need to re-think and re-set their priorities and so that a more friendly environment can be created that can invite FDI and contribute to national progress. Telecom Policy 2015 is about to implement; let’s hope good from it in coming years.