The trend of folding phones will soon rock the industry. All the big smartphone manufacturers such as Apple, Samsung, Huawei, LG, Motorola and more are getting ready to release the folding smartphones in near future as patents are being filed in an ever increasing number.

Today we are going to share some information about five most exciting folding smartphones which are expected to launch on 2019. 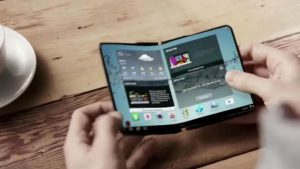 An official teaser revealed Samsung Galaxy X, which is expected to be one of the most amazing foldable phone and will be released somewhere in 2019. It has been reported by the reliable source that this foldable smartphone will come with three screens instead of two. 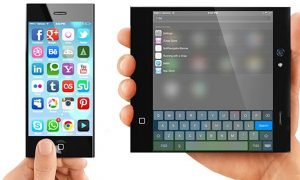 Last year in November an Apple Inc-filed patent for “Electronic Devices With Flexible Displays”, which indicates an electronic device with a flexible display in the housing having a bending region that bends about a bend axis. It also states that in the cellular phone this flexible display technology could be utilized.

However, there are no images of the flexible display or the device but we can trust Apple because of it strong track record. 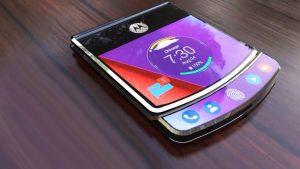 Motorola has also filed a patent for a two-screen foldable phone, that can also be used as a tablet when flipped out. The patent shows that the device has two cameras, top, bottom and middle hinges, and can be propped up into a tent-like display mode.

In February 2017, Yang Yuanqing, the CEO of Lenovo (which owns the Motorola brand) said that:

With the new technology, particularly foldable screens, I think you will see more and more innovation on our smartphone design. So hopefully what you just described [the Motorola Razr brand] will be developed or realised very soon”. 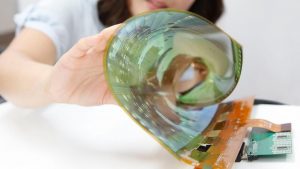 This January, LG filed a patent of mobile phone with a flexible display, before detailing two different potential designs it can be folded in half.

This folding phone features a camera system embedded in the backplate, with time displayed on its front when folded in, while the second shows a device with a transparent section on the right-hand side of the front. 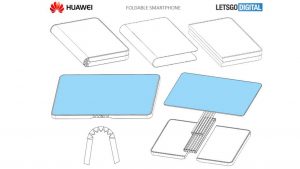 Huawei is also working on prototype of a flexible smartphone, which is confirmed by CEO of Huawei, Richard Yu, last year in October. However, this year in March the patent diagrams of a foldable Huawei phone emerged.

The patent shows that the device simply as a foldable phone. It shows that the phone is a book-like phone which can be opened up to make a larger tablet, with a smart Surface Book 2-style.