Federal Minister for IT & Telecommunication Syed Amin-ul-Haque said that the government is working for additional spectrum availability for 3G and 4G network expansion, better quality and coverage of services, rationalizing taxation of the ICT sector, increasing 4G smartphone penetration in the country and launch of 5G services in the country. IT Minister said this while addressing as Chief Guest at launching Ceremony of RoW Policy.

Govt. is Actively Working to Launch 5G Services in the Country- Syed Amin-ul-Haque

Speaking on the occasion Federal Minister for IT & Telecom Syed Amin-ul-Haque said that Pakistan offers an open and deregulated market with a licensing regime that is supportive for establishing businesses in the Country focusing on Ease of doing business.

“The Government of Pakistan strives to improve its citizens’ quality of life and economic well-being by ensuring availability of accessible, affordable, reliable, universal and high quality ICT services,”

Syed Amin-ul Haque said that due to the investor’s friendly policies of the Government of Pakistan, there is a significant presence of multinational companies operating in the Technology & Telecom Sector of Pakistan. The Telecom sector has made significant contributions to the economic growth of the country and has contributed over Rs. 278.5 Billion, to the National Exchequer during the last year, which is indeed commendable.

“Today we have 176 million mobile & smartphones connections with more than 83% teledensity”,

He said that the need for the high proliferation of mobile broadband services in the country and its impact on overall GDP and productivity was highlighted during the current COVID-19 pandemic. 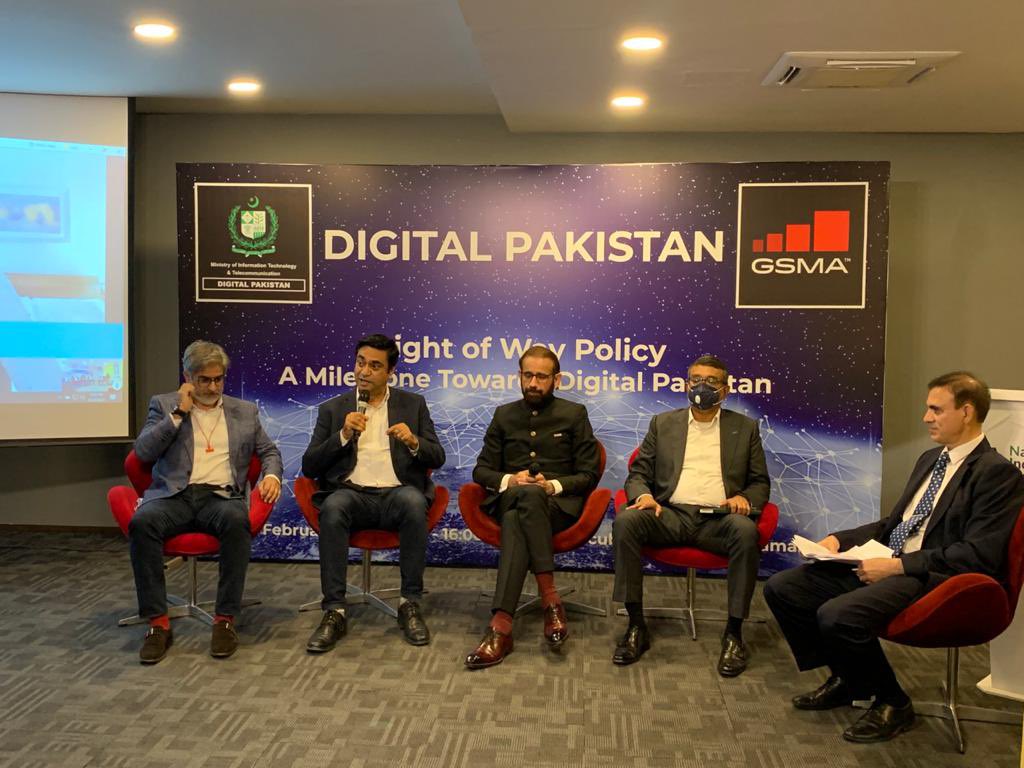 It is promising to see that with 93 million subscribers of broadband services, the growth of Digital Financial Services and other e/m services are being led by the Telecom Sector.

“Pakistan has a highly robust Public Private Partnership Mechanism Whereby Digital Divide is being bridged through the Telecom Sector’s contribution of 1.5 % of Annual Gross Revenue in the Universal Service Fund & 0.5% being contributed towards the Research & Development Fund leading towards Incubations and start-ups eco systems”,

“Right of away is a critical foundation for the roll out of networks and one which many countries, even advanced markets struggle with, so it is a clear sign Pakistan can not only join other nations in Digital Transformation but has the power, commitment and leadership to step to the front. We trust implementation of the law will confirm its leadership potential”

Julian Gorman, Head of APAC , GSMA while addressing the ceremony

IT Minister also stated that the government is heavily investing in the enhancement of digital infrastructure in underserved areas nationwide, which has led to equitable sharing of opportunities and resources, paving the way for accelerated economic growth.

At this point, it’s important to mention that MoiTT through USF has already started dozens of Projects estimating about Rs. 14 Billion PKR for the proliferation of Digital Infrastructure and Services in unserved and underserved areas of the country in the last 8 months 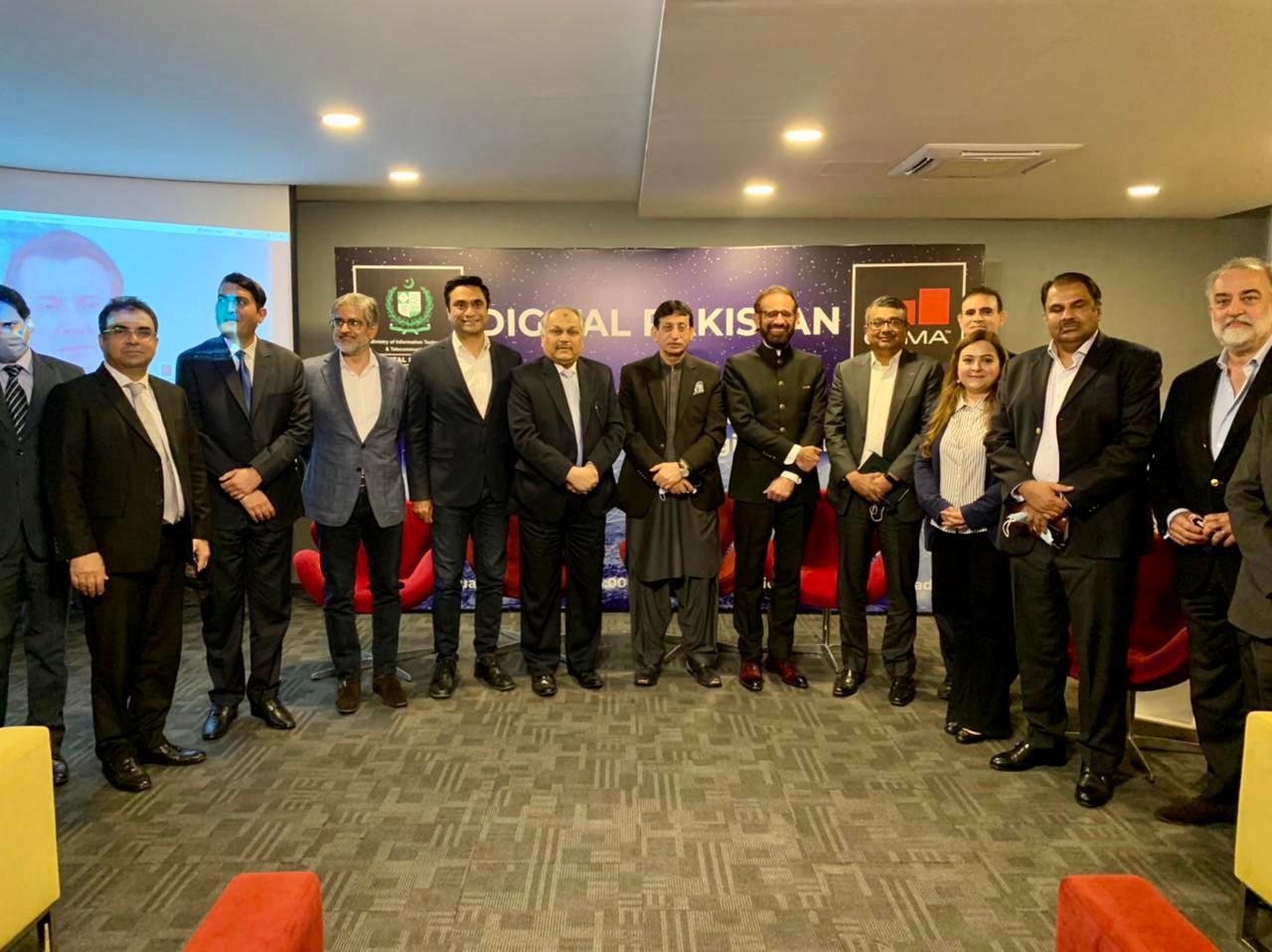 He said that while access to Telecommunication Services is a prerequisite to Digitalization, however, Right of Way has remained a major impediment towards the deployment of infrastructure since the introduction of the Pakistan Telecom Re-Organization Act 1996.

“I am glad that after extensive efforts of my team especially the tremendous efforts and contribution of our Legal and Telecom Wings towards the formulation and approval of Right of Way Policy.”,