We all do many stupid and awkward things in your life, right? In the technology world,Pakistani people do some stupid stuff without even noticing. Let’s focus on the six awkward things we all do after getting a smartphone.

6 Awkward Things Pakistani Do with Their Smartphones

The blog is totally for the reader’s interest and does not aim to hurt anyone. As everybody deserves to make a few mistakes.

Instagramming pictures of every meal:

Food is surely for eating purpose. No one is interested in what you have eaten for the Lunch or dinner. But still many Pakistanis love upload their food pictures on every social media site specially Instagram.

You must have seen at least one person in your life who would be screaming in the corridor telling his life stories to everyone. Yes! its irritating to listen to just one side of conversation.

Taking a million selfies…every time you go to the bathroom:

Not trying to be an anti-feminist but its mostly the girls thing to take so many Selfies in the bathroom and then putting it as a profile picture.

We all are in the race of taking unique selfies. Some of the “Jazbati people” cross the border line and take very dangerous selfies while threatening their life. 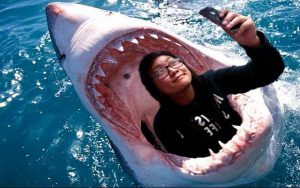 Yes many of us install many useless apps which are surely of no use. I know its a personal choice of a smart phone users but guys keep it easy with your phone.

If you’re not a 13-year-old girl, you should probably not be using a ton of emoticons. Just keep it simple and clear.

If you are with a person who does all these things.Still feel great about it because Tahir Shah has already told you that “You are an angel”