NFTs were supposed to benefit artists, allowing them to retain control over their work. However, in recent years, the integrity of the NFT world has been falling. Artists and customers are becoming targets as forgery and counterfeit items run rampant. NFTs have been stolen from buyers during phishing scams, and artists’ work has been taken and minted as an NFT without their consent. Here are the 7 most outrageous NFT robberies: 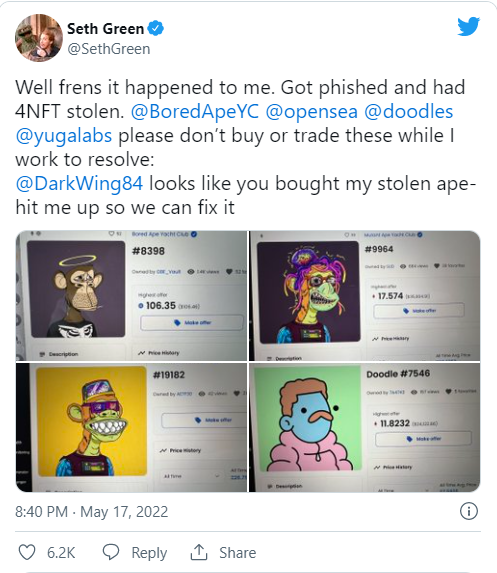 Seth Green, an actor, writer, and producer. He has been the target of a phishing fraud. It has resulted in the loss of four of his most prized NFTs. Green disclosed that he was phished on a fake version of Gutter Cats. A website with NFTs that showcases dogs and cats with tattoos and piercings and is comparable to Bored Apes. 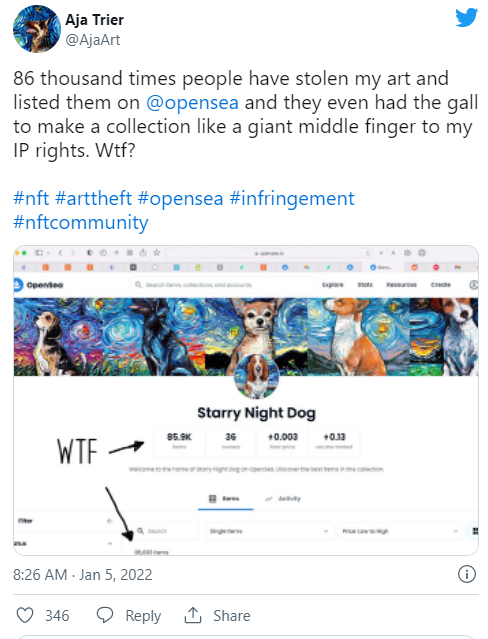 Aja Trier is a Texas-based artist specializing in vibrant and imaginative renditions of Vincent Van Gogh’s “Starry Night,” which frequently include cats and dogs. Trier alleged on Twitter in January 2022 that her work had been stolen and licenced approximately 86,000 times on OpenSea. 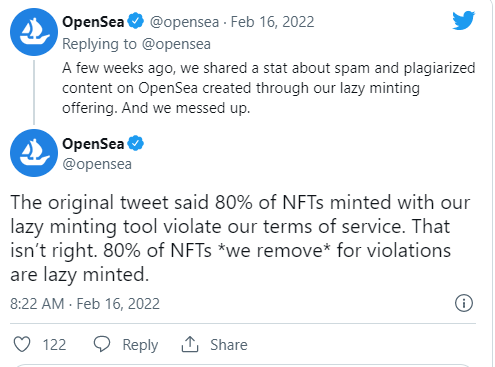 OpenSea used a facility on their website that allowed artists to mint their work without paying the gas price. OpenSea, on the other hand, said in January on Twitter that 80 percent of the art made with the lazy minting program was spam or plagiarized. 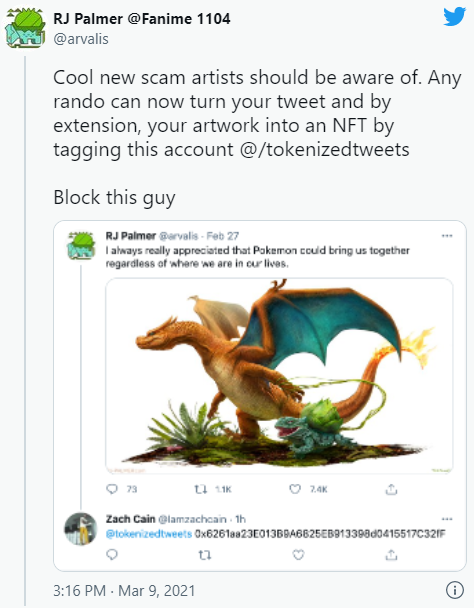 The Twitter account “tokenizedtweets” was promoting an NFT scam. The account holder would mint NFTs from artist tweets, causing their work to be detected as collateral damage. RJ Palmer highlighted this fraud by sharing a screenshot of his own. 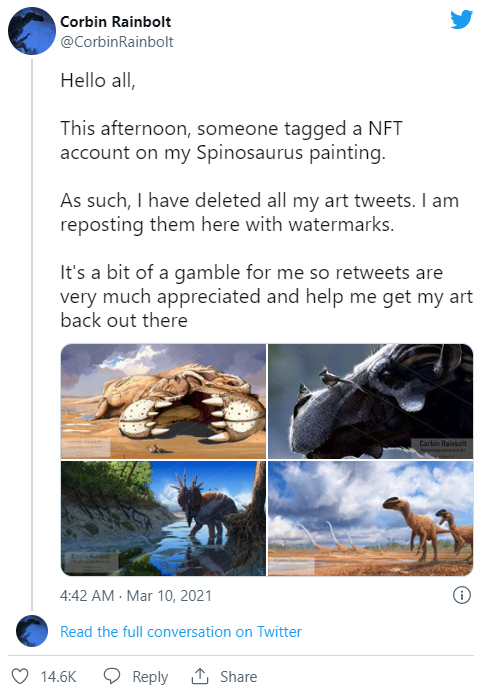 Corbin Rainbolt is a paleoartist specializing in painting dinosaurs and other prehistoric animals. He tweeted in March 2021 that one of his paintings had been posted as an NFT without his knowledge. 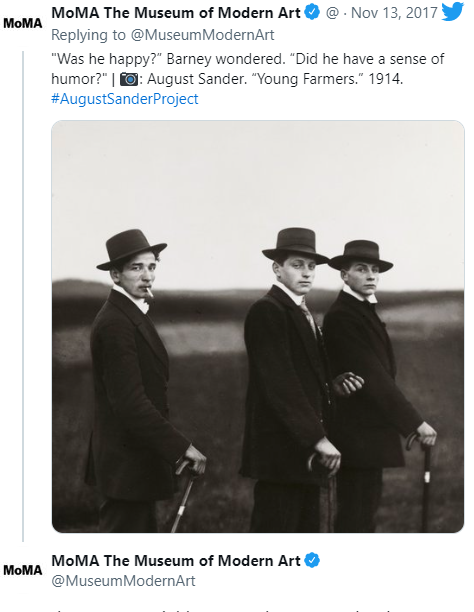 August Sander was a German photographer. His work is now on display at the Museum of Modern Art in New York. Julian Sander does not own the rights to his work, was part of a recent archiving initiative called “August Sander 10K Collection,”. His work would be made available as NFTs on OpenSea by Julian Sander.