Facebook Messenger is an instant messaging service and software application which offers text and voice communication. Incorporated with Facebook’s web-based Chat feature and built on the open MQTT protocol, Messenger allows Facebook users to chat with friends both on cell phone and on the main website. 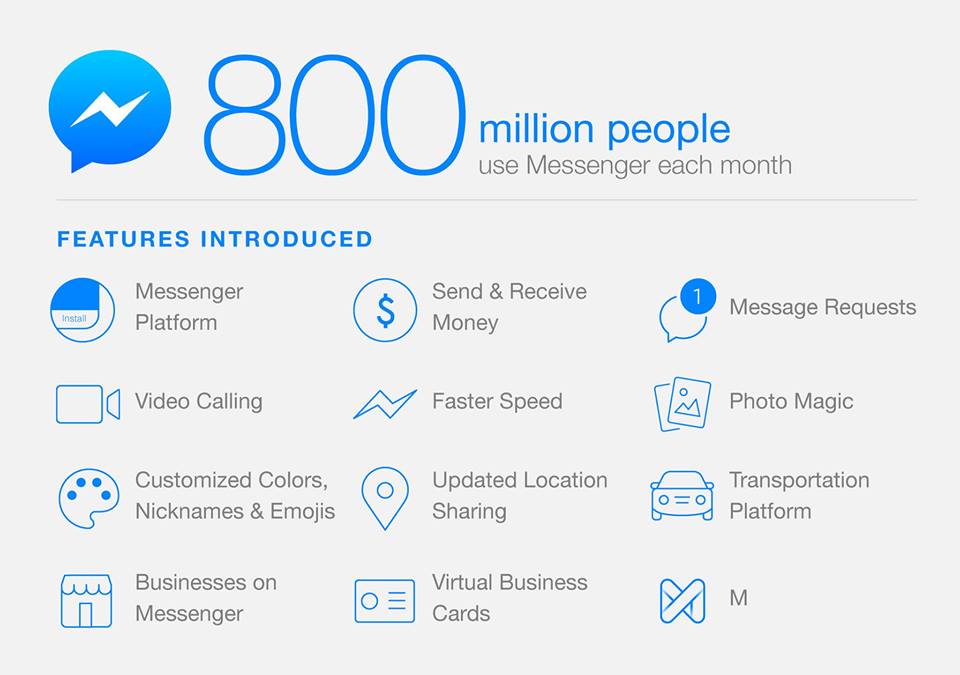 2015 was a year when important developments were made to assist people to communicate. These experiences were created with a mindset of facilitating hundreds of millions of people manage their daily interactions with people, businesses, and services more flawlessly than ever.

“I’m constantly on Messenger. It’s an important part of how I run Facebook and keep in touch with my friends and family. I use Messenger to quickly get information from engineers to make decisions. I also message a lot with Priscilla every day and probably use way too many stickers. The cactus, Beast and Star Wars stickers are probably my favorites.”

“This is going to be a big year for Messenger. We’re working hard to give you more ways to communicate, and I’m proud that Messenger is helping to connect so many people around the world.”