Aamir Khan Sends Legal Notice to Pakistani Websites for PK’s Fake Interview!! Aamir Khan has sent a legal notice to a few Pakistani websites for carrying his “FAKE” interview on religion with reference to his latest release ” PK”, (The Economic Times)

Aamir’s legal representative Anand Desai said the actor was wrongly attributed to the interview and that the ‘fake’ interview carried controversial answers on Islam. 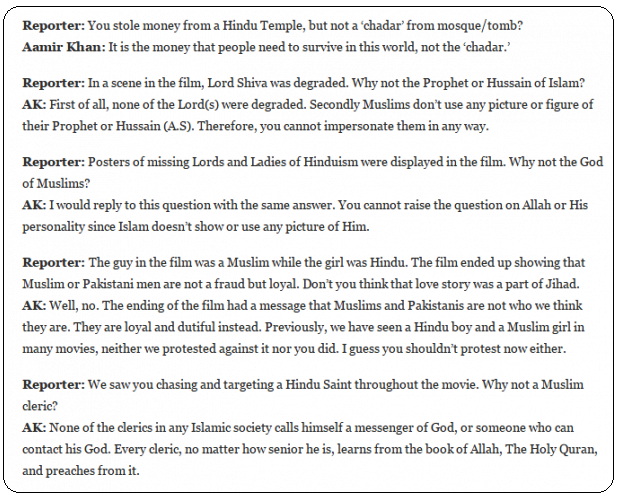 By Desai:
[pull_quote_center]The 49-year-old actor was shocked to find the interview attributed to him on several Pakistani websites. He has never given such an interview; it is clearly a fabrication by someone trying to impersonate him, done with the intent of drawing visitors to their website, and is defamatory to our client.[/pull_quote_center]

Aamir will be filing a criminal complaint with the Cyber-crime Cell, Mumbai Police after he returns to Mumbai (from US), as impersonation was a very serious infringement of his rights, and that he will take legal recourse.