We all know that Advance Telecom is the official distributor of Nokia Mobile Phones in Pakistan. Back In 2006, Advance Telecom became the official distributor for Nokia products and accessories in Pakistan. In addition to that, Exclusive Distributor Of Nokia has also partnered with several multinational and corporate organizations including banks. They also have a partnership with three of Pakistan’s largest telecom networks including Mobilink, Ufone, and Telenor. Recently, the Leading Mobile Phone distribution company with the largest distribution network has received Pakistan’s Top Tax Payer Award from PM IK.

It is a moment of Pride and Honor for Advance Telecom Official Distributor Nokia??. It is one of the Leading Mobile Phone distribution companies with the largest distribution network in Pakistan. Mr. Asif Majid, President of Advance Telecom has, today, received the “Pakistan’s Top Tax Payer Award – 3rd Largest Tax Payer for 2018” from Honorable Prime Minister of Pakistan Mr. Imran Khan. Under the great leadership of Mr. Rizwan Majid, CEO – Advance Telecom, The Company has secured 3rd Largest Tax Payer Position across all Industries/Sectors and First/Top spot in Mobile Phone Industry. 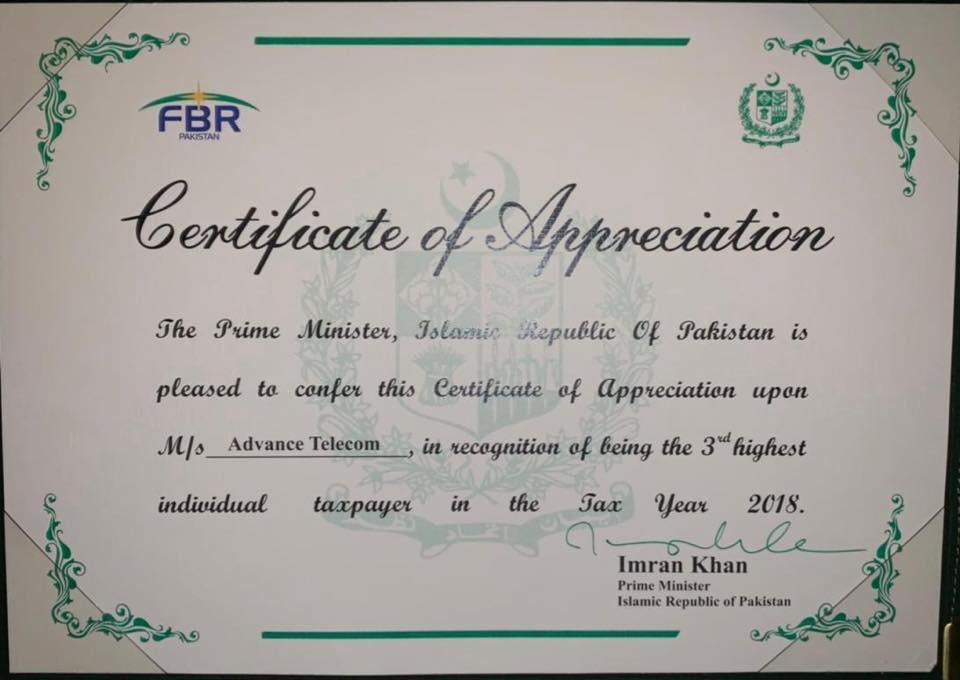 The Award Ceremony was held at Prime Minister office, Islamabad in recognition of contributions made by Country’s Top Tax Payers to National Exchequer. The company has thanked all their esteemed Trade Partners for the support and has dedicated this award to all of them from the very bottom of their hearts.