OPPO is striving hard to make itself a more desirable brand. The company has recently filed a patent for a side-mounted selfie camera. Also, the company is working on some high-end flagship devices. But the company is also working on some affordable phones too. A New Affordable OPPO Phone has now appeared on a certification site and revealed that it is coming with a big battery.

An OPPO smartphone with the code name CPH2015 has now appeared on the Bluetooth SIG. According to some reports, it will be called OPPO A31. The certification has also revealed some key specs of the phone. 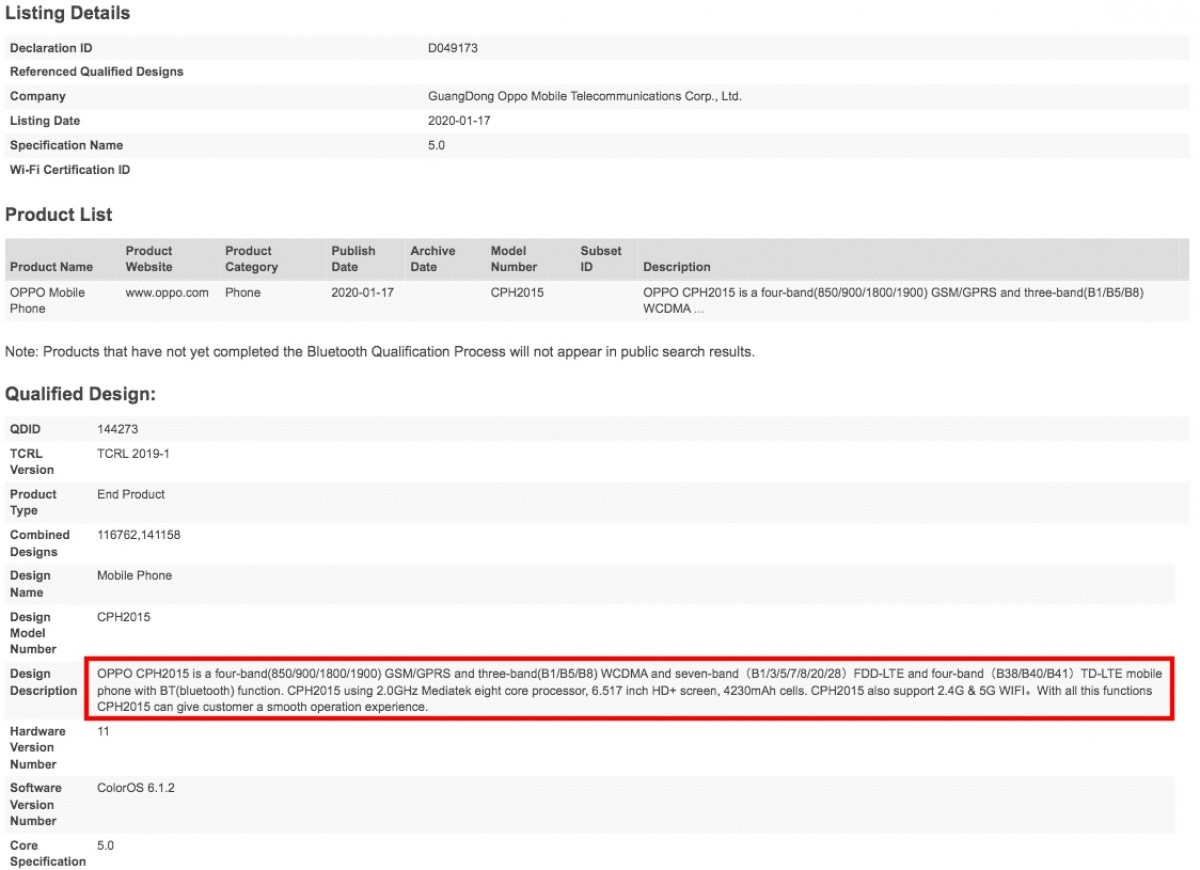 Additionally, the FCC listing has revealed that the phone will come with a waterdrop notch. Other specs include a USB-C port and a 3.5 mm audio jack.

There are no words when it will be officially available in the market. But in my opinion, we will surely get it in the first quarter of 2020. So, stay tuned.