We all know that OPPO is prepping to launch the Reno Lineup very soon. We had been getting a lot of leaks about this upcoming highly anticipated series. Recently, two OPPO phones bearing the PCGM00 and PCGT00 model names just passed TENAA certification. It is being claimed that the different model numbers equate to the same handset that could be the OPPO Reno Lite.

According to the TENAA Listings, the upcoming handset will feature a 6.5 inch FHD+ AMOLED display with a 19.5:9 aspect ratio. Moreover, the handset will sport an in-display fingerprint sensor. The upcoming lighter version of OPPO Reno will have a 16MP pop-up front camera. So, it is expected that the handset will come with some thin bezels and no notch. It will include a volume rocker on the left side and power button on the right. The handset will also sport a 16MP main sensor alongside a 2MP depth sensor and LED flash on the rear.

The handset will be powered by the Snapdragon 710. Furthermore, it will be paired with 8GB RAM and non-expandable 128GB onboard storage. The handset will come with a battery cell of  3,680 mAh to keep the lights on. It will also support rapid fast charging.  The phone will run the Oppo Color OS on top of Android 9.0 straight out of the box. The Dimensions of the phone are 161.2 x 76 x 9.4 mm. Moreover, it is tipped to weigh almost 191 grams. 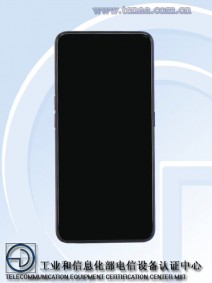 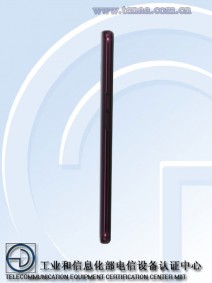 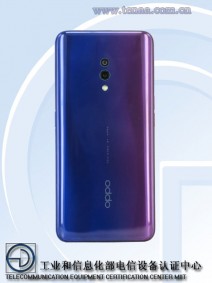 According to the listings, the back of the handset will have an interesting gradient color scheme going from pink to blue depending on the lighting. Other expected color options of OPPO Reno Lite are Black and White. Let’s see when will it make its way to the market.