A new feature Sidewalk by Amazon which is planned to be released later this year will use the Wi-Fi networks even those of the neighbors and connect Alexa devices to it. To make the Alexa devices like Echo and Ring video doorbell to “perform better”, Sidewalk feature creates a “shared network”, Amazon explained in an email to the device owners. It allows nearby devices to use a portion of a neighbor’s Wi-Fi bandwidth so devices can have more range thus raising some privacy issues.

Amazon said on a launch page: “These Bridge devices share a small portion of your internet bandwidth which is pooled together to provide these services to you and your neighbors. And when more neighbors participate, the network becomes even stronger.” 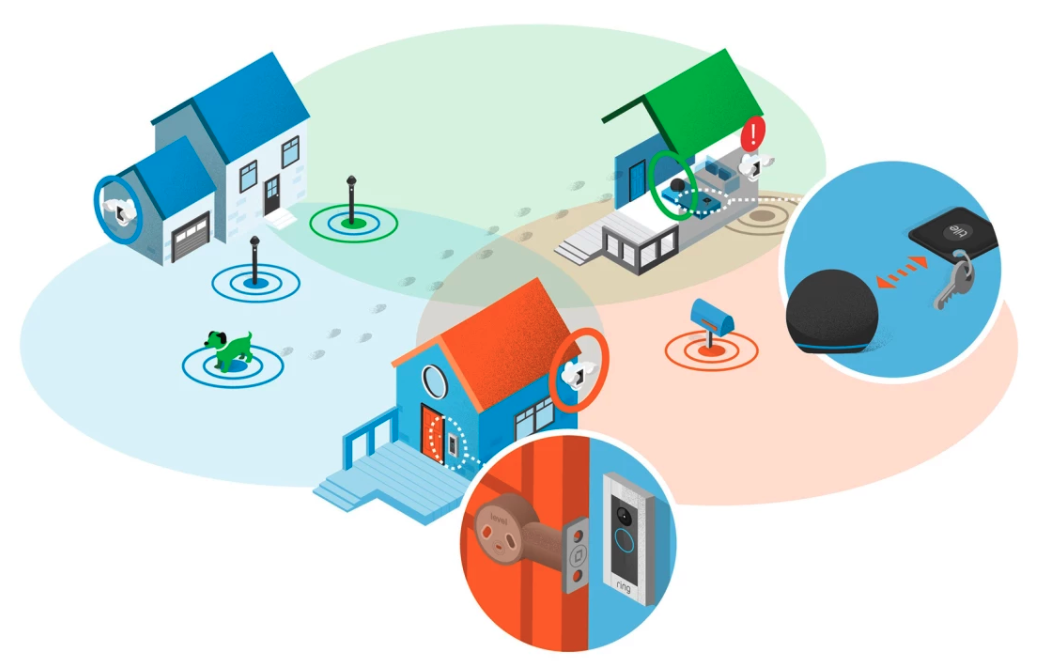 Amazon published a research clearing about the conception of Sidewalk and probing into the privacy concerns and the many precautionary measures that are taken to keep the users’ data private. The company assured and stressed, “Privacy was one of the “foundational principals” of Sidewalk’s design.”

“By sharing a small portion of their home network bandwidth, neighbors give a little – but get a lot in return,” the report’s authors said.

Alan Woodward, a professor at the University of Surrey who specializes in cyber-security, told BBC News that “Sidewalk should be an opt-in feature,” adding, “It feels wrong not knowing what your device is connected to.”

Some were still skeptical of whether such a network would keep user data private.

An Amazon representative confirmed in an emailed statement that Sidewalk would be automatically enabled for existing customers. Ian Thornton-Trump, the chief information security officer at Cyjax, told Forbes, “The launch was “deeply problematic from a privacy perspective. The ‘on by default’ approach is not consumer-friendly,” Thornton-Trump said. “‘No one rides on my Wi-Fi for free,’ especially a giant corporation with billions of dollars.”

“But well before Sidewalk launches, we will notify existing customers with eligible Bridge devices so they can consider the benefits of Sidewalk before deciding if they want to change their preferences,” the representative said. “After all existing customers are notified, all customers setting up a Sidewalk Bridge for the first time will have the opportunity to enable Sidewalk during device setup. All customers will have the option to change their Sidewalk preferences anytime in their Alexa app or Ring Control Center settings.”

Amazon apologized on Twitter via its Support account, saying: “I apologize for any confusion. We recently began emailing customers with Echo devices registered in the US to give them more information about Amazon Sidewalk. This service will only be available in the US when it launches.”