Amazon is in talks to acquire MGM, the film studio behind the James Bond franchise, for $9bn. MGM is one of the few Hollywood studios not to have been swallowed up by a larger conglomerate. Warner Bros operates within AT&T, Fox under Disney, Universal within Comcast, and Paramount inside ViacomCBS.

As with other movie studios, MGM has been hit hard by the coronavirus pandemic. MGM postponed the release of the blockbuster Bond film No Time To Die four times. Covid-19 played a huge role in No Time To Die being on hold. Netflix held talks with MGM about acquiring No Time To Die for a streaming release, but the price the studio wanted was costly. Cinema release is expected for September 30, and October 8 both in the UK and the US respectively. 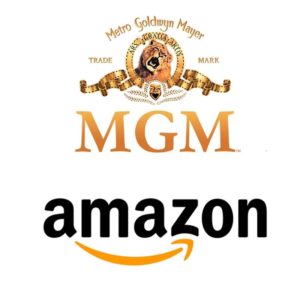 MGM has a vast library of movies and shows, including The Handmaid’s Tale, Fargo, and The Hobbit, and the Bond franchises. The studio’s biggest shareholder is Anchorage Capital. It set out to buy MGM’s debt in 2010 as part of a bankruptcy plan.

Amazon spent $11bn on creating, acquiring, or licensing music and video content for Prime subscribers, last year. The company has also been busy acquiring the rights for live sport. MGM reported a net income of $29m and $403m in revenue in the first quarter. Both Amazon and MGM declined to comment on the revenues. Let see when both big brands will start joint venture after deal finalization.