Amazon remains the top-selling smart speaker brand with 10.4 million shipments during the July-September period. According to data revealed by Strategy Analytics, Google came in second place with 8.1 million shipments for the period while Baidu is third with 5.4 million. 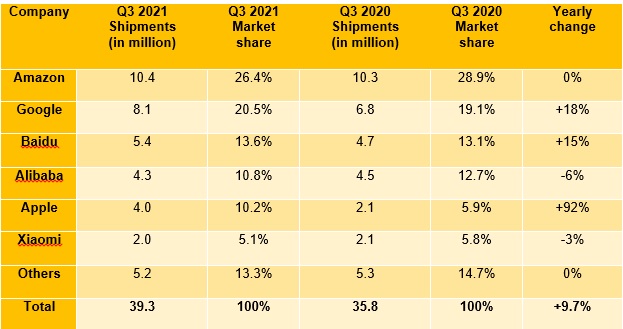 On the other hand, Google has just discontinued its original Google Home Mini speaker. Now it’s time for Google to bring another innovation to the market if the company wants to be at the number one position.