No doubt, LG’s phones are not such famous as compared to other brands. But it seems like LG is quite optimistic regarding its mobile phone division. The company kept on introducing new smartphones with entry-level specs. However now, An Entry-level LG W11 Gets Certified on Google Play Console. Let’s have a look at the specs of the phone.

An Entry-level LG W11 Gets Certified on Google Play Console 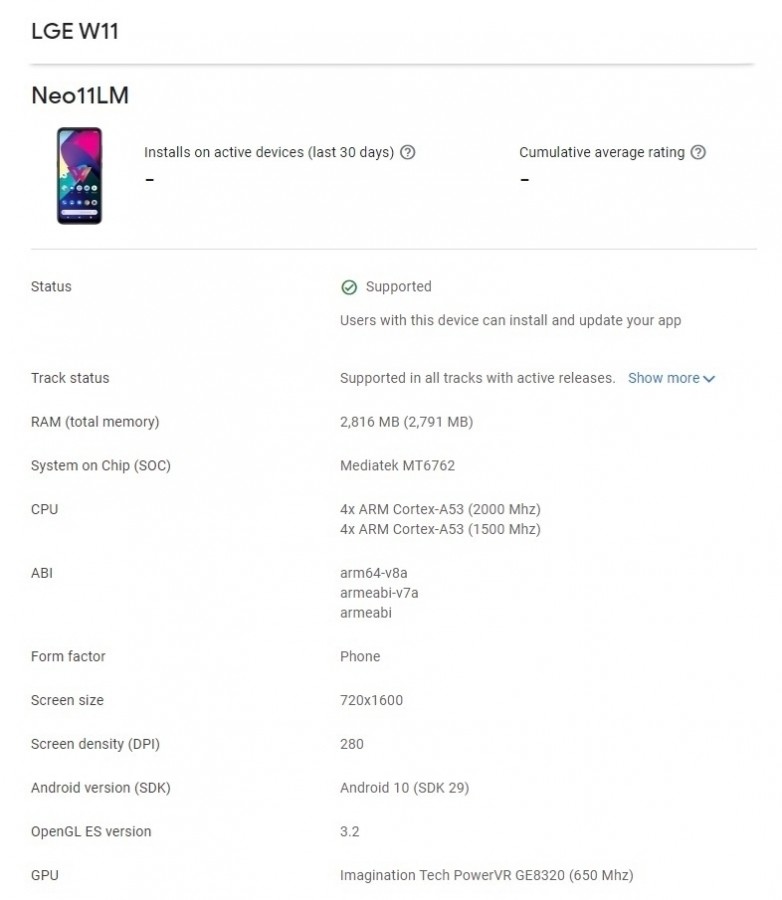 This is all the Google Play Console revealed about the phone. However, a phone with same model number has also appeared on FCC back in August. The FCC listing has revealed the phone will come with a 3,900 mAh battery.

Last month, LG has also unveiled an entry-level smartphone, K31. The phone has a P22 SoC. It has 2GB RAM and 32GB storage. It has two cameras at the back – 13MP primary shooter with PDAF alongside a 5MP ultrawide. At the front, there is a 5MP selfie camera. The pricing of the phone is $150.

Keeping in mind the specs and price of K31, we can say that the upcoming phone will cost between $150-$200.