Android OS has been making the life of smartphone users easy with user-friendly and smart features. With each Android update, more features are added and useless ones are removed. Previously, with Google’s Android 12 update, we witnessed the most prominent visual redesign of the OS since Android 5 Lollipop. Consequently, Android 12 is drastically different than prior versions thanks to the new design philosophy and an extensive number of new features. While the current version of Android is still being rolled out to all devices, we’re already looking forward to the next major upgrade, Android 13. Therefore, now, every Android lover is waiting for the Android 13 Tiramisu Update.

What name has been given to the Android 13 update?

Most previous Android versions have been given a dessert name like Nougat, Oreo, jelly bean, pie, etc. Simultaneously, the Android 13 has been given the name of a coffee-flavored Italian dessert. ‘Tiramisu.’ It’s prepared with ladyfingers soaked in coffee and layered with a beaten egg, sugar, and mascarpone cheese with a flavor of chocolate. 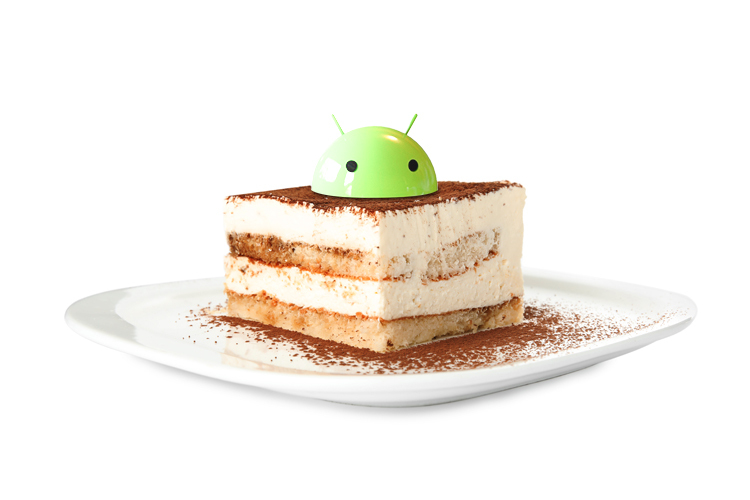 Android 13 has yet to be given a release date by Google. However, we do have a release schedule, which states that at least two more beta builds will be released before the upcoming Android 13 is ready for a stable launch somewhere in the fall or Q3 of 2022.

With the release of Android 13 Beta 1 on April 26, 2022, Google bypassed Developer Preview 3 and exited the “developer preview” stage. On May 11, 2022, at the Google I/O 2022, the company released the second Android 13 Beta, and on June 8, 2022, the third. These beta versions, while more refined than developer previews, may still contain serious flaws and may not necessarily represent the final version of the Android 13.  Furthermore, the Android 13 Beta 4 update is planned to be released in July, and we expect it to be significantly more stable than the current versions.

The new Android 13 brings customizable theme app icons. It implies that the users will be able to see app icons that are based on themes. Furthermore, apps will be able to show their icons in three distinct ways. Apps operating on Android 13 will include adaptable icons and monochromatic icons in addition to the normal icons. To support this feature, app developers will have to provide themed icons. Thus, the icons will match the color scheme chosen by the user.

Users will be able to adjust their language selections for individual apps in Android 13. System settings and custom in-app language selection allow users to change the language of their mobile applications. Moreover, line heights for non-Latin scripts like Hindi, Tamil, etc, will be improved in Android 13. The Unicode library in Android 13 has been updated significantly. The Japanese and Chinese text conversion APIs have been updated so that actions like searching for people may be completed in fewer steps.

The Android 13 has also brought a new user interface for the clipboard. Therefore, whenever any content is copied to the clipboard, a new UI will be displayed. The new UI shows a preview of the content and confirms successful copying with visual confirmation. The user interface also includes buttons for sharing content directly or across connected devices such as PCs, tablets, etc. The Android 13 also brought the new predictive back gesture. It displays an interim window when you touch the back button in any application. A pop-up of the application operating in the background and on the home screen will appear in the window. Consequently, it would allow the users to choose whether to stay in the current app view or return to it by using the ‘back’ action. It is pertinent to mention here that the feature can be turned on and off by the user. The Bluetooth low energy Audio is another interesting feature to arrive in the Android 13. With this feature, users can receive Hi-Fi audio via Bluetooth Low Energy (LE) audio without sacrificing battery life. Compatible devices will have built-in support for LE audio in Android 13.

Bluetooth LE audio is a considerable upgrade over Bluetooth classic, with a wide range of applications including sharing, broadcasting, and much more.

For each app’s images, the Photo Picker in Android 13 will offer a standard user interface. Users can specify which applications have access to which photos or images, as opposed to allowing access to the full media library.

Programmable shaders can be managed using the Android Graphics Shading Language (AGSL) in Android 13. For Android applications, AGSL develops ripple effects, animated shaders, blur, stretch overscroll, and other visual effects. With the help of the RuntimeShader, developers can modify painting with Android Canvas by using the Android rendering engine.

Media applications can discover audio routes with the use of an AudioManager class provided by the audio routing API. Users will have more control over which devices can play audio thanks to the API, and they can choose to play the audio streams directly.

Audio description for all the Apps:

Users can enable the audio description function for all of their apps on their smartphones with the Android 13 upgrade. The functionality will make Android smartphones more accessible to those who are blind or visually handicapped. The code for including this feature in apps will be accessible to developers.

Unannounced Features of the Android 13:

App drawer in the taskbar:

As part of one of the Android 12L upgrades, Google put a taskbar at the bottom of certain large-screen devices, such as some tablets and foldable phones. The Android 13 DP2 build has the same taskbar as well, but it also has a new icon for accessing the app drawer.

The second Developer Preview of Android 13 included enhanced media controls in addition to a number of new features and API updates. The media controls in Android 13 are still present between the notification panel and the quick settings menu, but the widget is now much larger. This reduces the number of taps required to handle your media but also reduces the space available for notifications. Notably, choosing an output is now simpler thanks to the revised media control. By pressing the button at the top-right of the media controls, you can now access the new output picker, which displays a list of all possible output devices along with a button to “connect a new device.”

Users will be able to add a variety of entertaining effects to their wallpapers using the wallpaper effects generating API, which is effectively a new device customization option. Currently, under development, this feature should be prepared for the final build later this year. Because it is currently disabled, it is difficult to understand how this works or how it allows users to modify their wallpapers. Notably, the final build is anticipated to include a wallpaper dimming capability. With the help of this specific feature, you can reduce the wallpaper’s brightness without affecting the device’s overall brightness.

In order to allow users to operate their smart home devices without launching an app, Google introduced a Device Controls Quick Settings tile and a lock screen shortcut in Android 11. However, users have to unlock their handsets in order to access such options through the quick settings tile or the lock screen shortcut. However, Android 13 allows users to control their smart home appliances without needing to unlock their devices via apps. It’s important to note that with this specific functionality, users won’t have the opportunity to choose which Device Controls are accessible when their phone is locked.

The Android 13 Tiramisu Update is surely going to amaze the users with its impressive features and updates. We have mentioned a number of new features that are going to arrive with the Android 13. So if you like our article or have any queries regarding it, do mention them in the comment section!

Check out? CAMON 19 Pro 5G; TECNO among the First Smartphones to introduce Android 13 Beta in the upcoming device