Android Distribution Update: Nougat is Now on Over 7% of all Devices 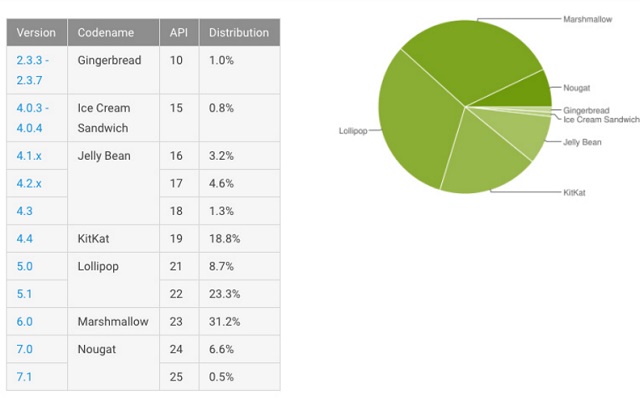 Android Marshmallow is consistent for two months as it has taken up 31.2% of the Android space. In fact, the same goes for Android 5.0-5.1 Lollipop with 32%. So, according to this chart, Lollipop is mostly used Android version around the globe.

Now New version of Android is coming as Google has rolled out its next Android named Android O. Android O Released for Developers. The new software is coming with a variety of new features. The new developer tool is available  for the Google Pixel, Pixel XL, Pixel C, Nexus 6P, Nexus 5X and Nexus Player.

Also Read: Android O Released for Developers: Everything You Need to Know