The Android Open Source group is focused and working on a new “hibernation” feature that reduces the memory capacity of applications when they not in use. This function is still in its early stages but could be implemented in Android 12. Yet, no official release date disclosed, but the Developer Preview of Android 11 came out in February 2020.

Actually, hibernating is, when a single person wants to hibernate an account, the app cache associated with that user is deleted and some space would be available for the user. That’s already implemented. 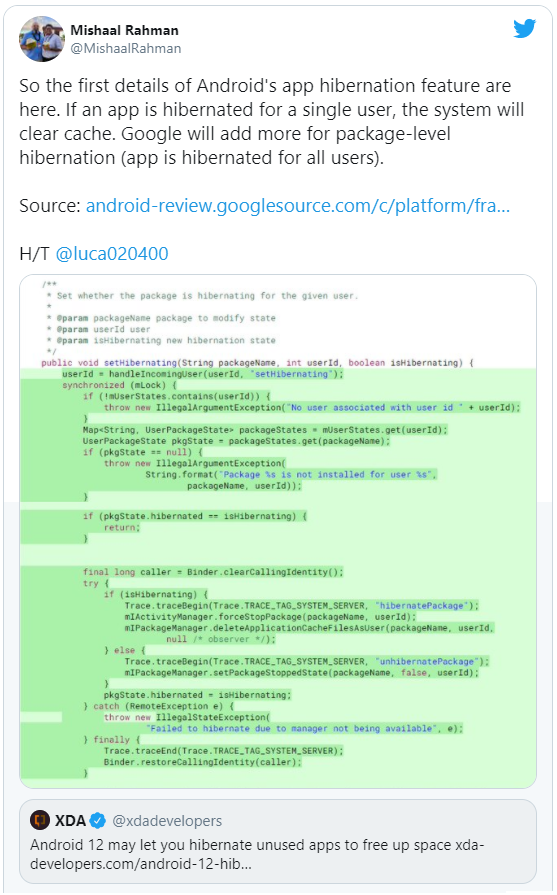 The more important problem is when all Android device users hibernate an app, especially as most devices only have one user configuration. Since it’s still not implemented, what the OS is going to do in this situation isn’t clear.

It sounds like the software is not permanently uninstalled from the function name, however, there is a way to compact it in order to save space (along with the usual cache clearing). If the user decides to wake the app from hibernation it will later be uncompressed.

You may be also interested in: Fawad Ch Considers WhatsApp’s decision to Delay New Terms of Services As a Positive Step