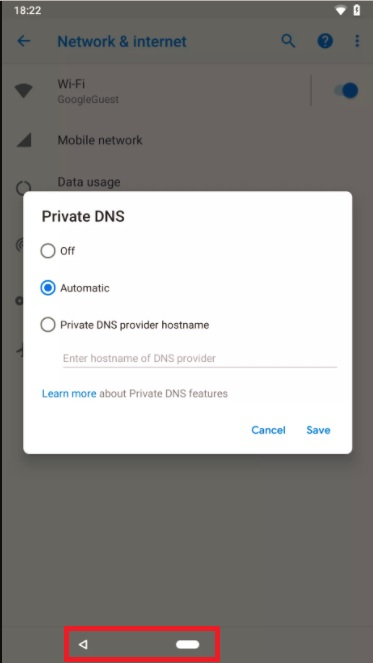 The new navigation bar no longer includes a multitasking button, and the center home button looks far smaller and pill-shaped.  It’s not clear if the pill-like button will work as a button, or is simply an identifier to swipe up for home like the iPhone X.

In its developer blog post, the company also informed about its other feature which is built-in support for DNS over TLS.

The Android P Developer Preview includes built-in support for DNS over TLS. We added a Private DNS mode to the Network & internet settings. By default, devices automatically upgrade to DNS over TLS if a network’s DNS server supports it. But users who don’t want to use DNS over TLS can turn it off.

Google’s I/O developer conference will held next month. So, we can expect a lot information about Android P on that event.