Android is not as safe as the user thought. A recent research on Android have found a very shocking fact about Android. Users of Android should be aware that there personal data can be HACKED very easily. Yes it’s a true story and your personal data is just one text away from the hacker. All hacker has to do is sending one text on your cell phone and can access and get all the data in your phone.

Zimperium it is a cyber security company specialized in mobile devices. They were the first one to reveal the security issue of Android. According to this company there exist a media play back tool which is called as Stagefright in Android and hacker took advantage of this area. 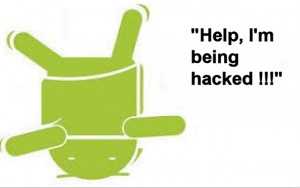 Share you phone number wisely you may become the victim

The company has announced about this big flaw and is working to make it more secure for the users because they know the importance of private data and soon will achieve their destination. Company is very confident that no one is affected by this flaw up till now and soon they will fix this for the users.

As usual, if you’re prompted to update your phone’s software in the coming days, you should do so to avoid being targeted by threats like this.