Two blockbuster giants are about to collide: Finnish game developer Rovio and Lucasfilm are teaming up for the latest expansion to the game “Angry Birds Star Wars”. According to Rovio’s promo material: The game introduces iconic birds — sporting light sabers, blasters and bad ’70s hairdos — “from the deserts of Tatooine to the depths of the Death Star”

In Angry Birds Star War the red bird will play the role of Luke Skywalker. Rovio has stated that the game be similar to Angry Birds Space and players will experience smashing imperial pigs all aound the planet like Tatooine and Hoth.

[blockquote cite=”Peter Vesterbacka, Rovio’s chief marketing officer.”] “The Force is definitely strong with this one, It’s the best parts of Angry Birds with all new cutting-edge gameplay set in a galaxy far, far away”
[/blockquote] 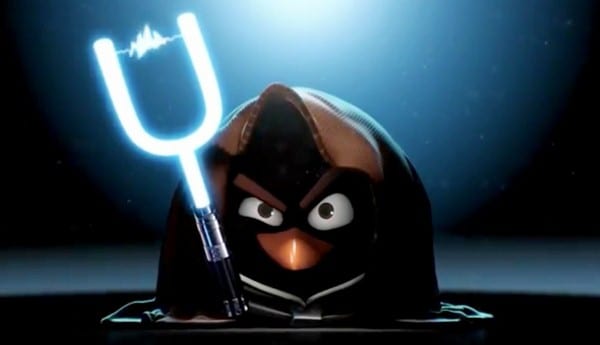 [blockquote cite=”Colum Slevin, Vice President & Head of studio operations for Lucasfilm Ltd”] Both ‘Star Wars’ and ‘Angry Birds’ share the instant and irresistible appeal of hands-on fun, People seem to instinctively know what to do when handed a lightsaber or a bird in a slingshot, so this is a natural combination.[/blockquote]

“Angry Birds Star Wars” will be available for iOS, Android, Amazon Kindle Fire, Mac, PC, Windows Phone and Windows 8, Rovio officials said.
Angry Birds is flapping its wings to a galaxy far, far away. Let us see how this one goes.. Expectations are high and Angry Birds lover are waiting to get their hands on it, After all its not just a Game!