Another Milestone Achieved by Pakistani Developers

Car racing is one of the oldest sports all over the world dating back to colonial times and it has received a due recognition for a decade now. Interactive Group Pakistan has recently announced ‘Interactive EZY Racing Formula NUST Car’ to participate in the world’s largest student motorsport competition – Formula Student.

This car is made in collaboration with EZY Racing Sri Lanka to support a locally made single seater sports car by the students of National University for Science and Technology (NUST).

The sport has been carried forward to another level by PurePush, when a group of students developed a game for EZY RACING event named ‘Interactive Ezy Racing Pakistan Challenge’

One of the attention-grabbing facts about this game is that it uses Silverstone’s racetrack for the play mode. The game is developed by M. Zulqurnain and Farhan Ghanzanfar, map designing is done by Sohaib Tariq, whereas Hassan Ali worked on the graphics of the game.

This is one of the major milestones achieved by PurePush team that they have undertaken such a large project of a big event in a short span of time. We encourage young Pakistani developers to take initiative for such projects in future. 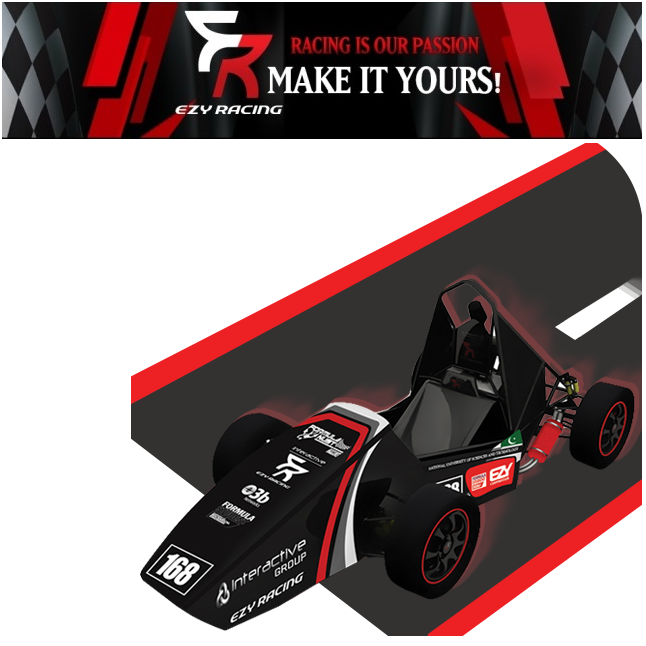 To find out more about Formula Student, CLICK HERE