Many expected to buy the new AirPod Pro 2 along with the new flagship with the launch of the Apple iPhone 12 series. But a recent leak confirmed some really disappointing news about the arrival of the much-awaited TWS earbuds Airpods Pro 2.

On a tweet, it shows that the price and likely release time of AirPods Pro, second-generation, and it’s seen that they won’t be cheap and you need to wait for more to grab in your hands new AirPods Pro 2. 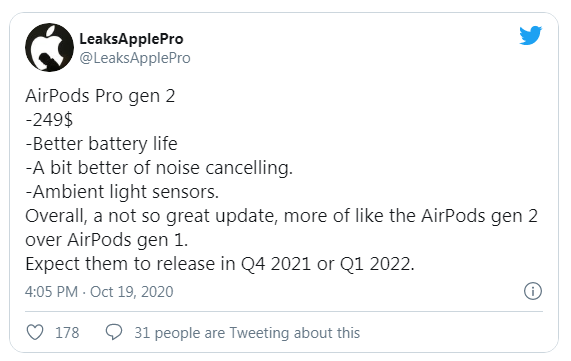 The leak reveals that AirPods Pro 2,  some are calling as AirPods Pro Lite, will cost the same price as its predecessors ($249 / £249 / AU$399) and will at most not release until the end of 2021. The purchase shall be available in the fourth quarter of 2021 or early 2022, practically indicating an extra year of waiting.

The leak also reveals that the next AirPods Pro will not be any different from its predecessors, with the inclusion of “ambient light sensors” even with minor updates in noise cancellation technology. This is confirmed in a previous Digitimes report that future AirPods are taking biometric measurements using ambient lighting sensors, potentially for monitoring blood oxygen levels, such as the Apple Watch 6.

MacRumors believes that this will function along the same lines as an ear-based clip on the pulse oximeters used in hospitals to detect the volume of oxygen in the bloodstream by lighting through the earlobe. The AirPods Pro’s design has to adjust materially to allow for this is not clear, but we agree that it is unlikely that Apple would ditch the design which has made its earbuds so unique. 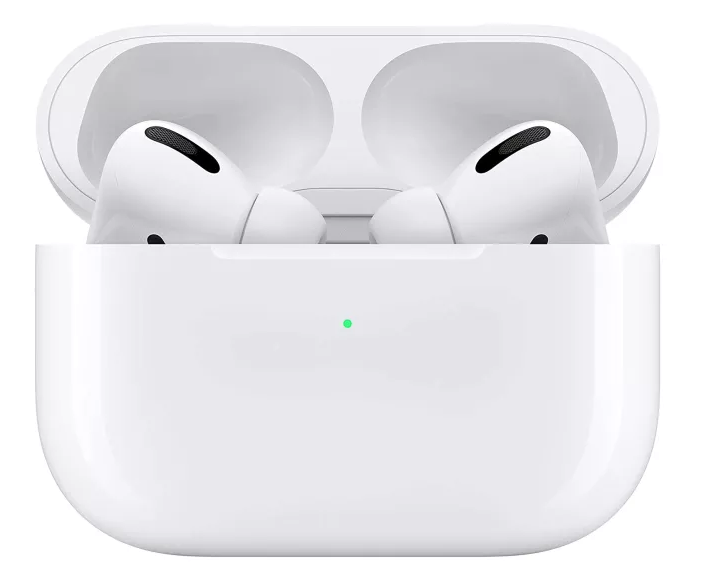 Though these new functions sound interesting, we would like to see enhancements to audio quality and battery life, for instance, if that’s what the new AirPods Pro has for us to deliver. Long before that though, we expect to watch the so-called AirPods Studio, the first over-earing Apple headphones.

The company is planning to launch AirPods Studio before 2020 after years of hype, leaks, and rumors but new news of delays in manufacturing may throw it up to the launch date by early 2021.