Other than iPhone 13, Apple has further added to the excitement of their fans with the rumors of developing a whole new Apple MacBook Air, which is believed to be on a completely new, high-end version of its predecessors. These teasers and rumors have been backed up by Mark Gurman of Bloomberg and Apple analyst Ming-Chi Kuo and Jon Prosser.

The new MacBook Air‌ will feature two USB-C ports and Apple silicon chip (a more powerful one). The new silicon chip is supposedly a direct successor to Apple’s M1chip,with the same number of computing cores, but it will run faster. Increase in graphics cores from seven or eight to nine or 10 are also expected to be seen.

The new ‌MacBook Air‌ is expected to be above the current ‌MacBook Air‌ models with the ‌M1‌ chip, but will still lag behind the MacBook Pro. 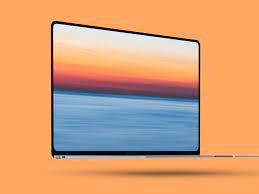 The ‌MacBook Air‌ will be available in a range of color options, like the 24-inch iMac rainbow of colors blue, green, pink, silver, orange, purple, yellow, and will feature larger function keys, a smaller track-pad, and redesigned feet on the underside of the machine.

The iconic tapered design that all the MacBooks have, is expected to be no more in the new MacBook Air. Instead, the ‌MacBook Air‌ will become considerably thinner as a whole.

It is expected that the high-end ‌MacBook Air‌ will be launched at the earliest in later half of the year 2021 or in  2022, a timeframe that has been hinted times.

Also Read: A List of Rumors of iPhone 13 That We Know