Apple has released its iOS 14.6 for the regular iPhone users with. Update of Apple iOS 14.6, offers the usual bug fixes

and improvements the fixing of Startup performance in some iPhones and also the de-bugging of the Bluetooth connectivity issue, that happens sometimes by disconnecting the with the device during call, by itself. Apple also released updates for iMac and Apple watch, macOS 11.4 and watchOS 7.5, respectively, with addition that ECG app of Apple watch is working now in Peru and Malaysia with watchOS 7.5 update. The iOS update can be

downloaded in the same old way manually, by opening the Setting app, selecting “General” in the menu and tapping “Software Update,” on the iPhone.

The user if decides to pick up AirTags, iOS 14.6 now also adds an option to Lost Mode, enabling the user to add an email rather than a phone number. When tapped with an NFC-capable device, the tracker will also now show the partially obscured phone number of its owner.

With the new update, Apple enhanced its recently announced feature at Spring Festival event, the Apple Card Family feature that supports Apple’s Family Sharing. The updated feature lets the user to take advantage of Apple’s Family Sharing feature with your Apple Card. This feature allows up to five other people that can use one card, the other perks of this features are, one also get the right to use to features like family expense tracking and optional limits. The age limit for the individuals that can be invited to the group to use this feature, can be as young as 13; however any co-owner must be older than 18. As with iOS 14.6, there’s also support for paid subscriptions in Apple Podcasts. Meanwhile, the update’s attention-grabbing feature is support for paid Apple Podcasts subscriptions. With the new update , the user gets to listen to their favorite audio shows and programs with the most sort out perk of “no disturbance” or “cutting the speaker in the mid” with the many free advertisements, when the user agrees to financially support them. 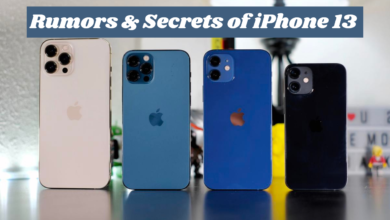