Apple has announced it has sold over five million of its new Apple iPhone® 5, just three days after its launch on September 21, and more than 100 million iOS devices have been updated with iOS 6, the world’s most advanced mobile operating system.

Demand for iPhone 5 exceeded the initial supply and while the majority of per-orders have been shipped to customers, many are scheduled to be shipped in October.

This year iPhone 5 was simultaneously launched in: 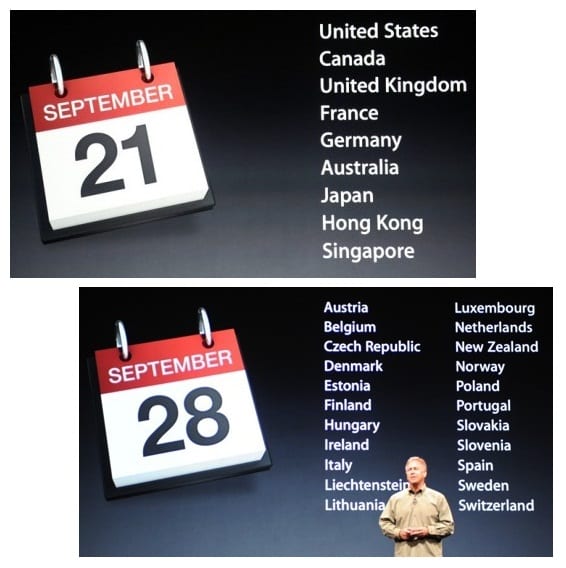 Apple iPhone 5 will be available on September 28 in Austria, Belgium, Czech Republic, Denmark, Estonia, Finland, Hungary, Ireland, Italy, Liechtenstein, Lithuania, Luxembourg, Netherlands, New Zealand, Norway, Poland, Portugal, Slovakia, Slovenia, Spain, Sweden and Switzerland. The phone will be available 31 countries on September 28 and in more than 100 countries by the end of the year.

The iPhone is Apple’s highest-margin product and accounts for half of its annual revenues. The early total for the iPhone 5 topped sales of the iPhone 4S, which sold more than 4 million units in its first weekend after Apple introduced it in October 2011.

Apple’s CEO Tim Cook said:
“Demand for iPhone 5 has been incredible and we are working hard to get an iPhone 5 into the hands of every customer who wants one as quickly as possible”