The iPhone Flip isn’t in Apple’s near plans, but plans are subject to change. With only a few months remaining in 2021, it’s evident that we won’t see a foldable iPhone this year, but that might change in the future. All indications point to Apple wanting to compete with Samsung and others with its own foldable gadget – we’ve seen the patents to prove it. According to display analyst Ross Young, Apple is unlikely to release a foldable iPhone until 2023 at the earliest, with 2024 being the most likely goal date. 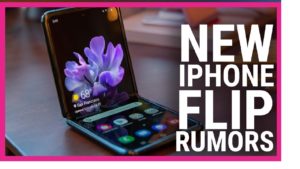 Rumors of a foldable iPhone have slowed down in recent months, but there is still evidence that Apple is working on foldable gadget prototypes. It was reported in September 2020 that Samsung has delivered foldable display samples to Apple for testing purposes, and there have also been claims that Apple is cooperating with LG Display.

Also read, Apple to Become the First Ever Company with a Market Value of $3 Trillion

Apple is Not Going to Launch any Foldable Phone Until 2023

Apple analyst Ming-Chi Kuo stated in May that Apple was working on releasing a foldable iPhone with an 8-inch flexible OLED display in 2023, but he has revealed little else about Apple’s foldable device development since then. According to resources, Apple began “early work” on a foldable iPhone in January, although research had not progressed beyond a display at the time. 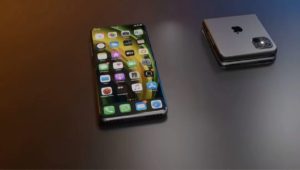 So, iPhone is not going to launch any foldable phone Until 2023. However, foldable continue to be a rising section of the smartphone market. Samsung launched the Galaxy Z Flip 3 Bespoke Edition shortly after introducing the Galaxy Z Fold 3 and Galaxy Z Flip 3. This edition allows you to mix and match colors on your foldable. Microsoft’s dual-screen Surface Duo 2 is also available today. Clearly, the competition to create the best foldable phone is on. 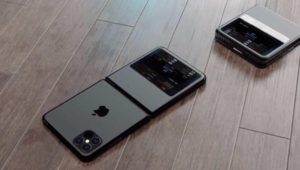 Early Galaxy Fold smartphones from Samsung were riddled with flaws, but with limited competition in the foldable smartphone market, Samsung has had three years to work out the kinks. If Apple decides to release a foldable smartphone in 2023 or 2024, it will have to compete with Samsung, which has many years of experience with foldable smartphones. Kuo has stated that Apple will need to resolve “critical technical and mass production difficulties” before releasing a foldable iPhone by 2023, so it would come as no surprise if the technology is postponed until 2024.

The company often waits to launch new items until it is confident that it can outperform the competition. And the Apple flip phone patents, as well as concept designs from independent designers, show that the iPhone Flip will be a huge success for Apple.

Also read, Oppo Air Glass is an aR Monocle that Snaps onto Your Glasses