Apple is continuing work to bring free-placement wireless charging to market four years after publicly unveiling its concept of the technology in AirPower and two years after the gadget was discontinued. Because of too many technological obstacles, Apple had to abandon its ambitious AirPower wireless charger in 2019. That was disappointing news for those who had been looking forward to the arrival of AirPower for months. AirPower was meant to be an all-in-one wireless charger capable of charging an iPhone, an Apple Watch, and AirPods all at the same time. Even though AirPower is no longer available, the multi-device charging technology appears to be vital to Apple, so much so that a new charger is most certainly in the under development. 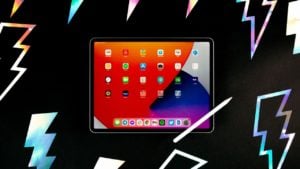 AirPower, which was unveiled in 2017, was Apple’s effort to create a charging pad that supported its whole mobile device ecosystem. The project was eventually canceled in 2019 following several delays, with further claims saying Apple was unable to solve overheating difficulties.

Reported by a source on Thursday that Apple is still developing an inductive charging gadget suitable for concurrently powering the iPhone, AirPods, and Apple Watch. The details are unknown at this time, however, the sources have predicted that an inductive charging pad might appear as a worthy successor to AirPower. So, technically, we may be looking at a charger that uses genuine wireless technology to charge numerous Apple devices simultaneously. And, according to sources, it will be distinct from the MagSafe Duo charger, which is effectively a mash-up of iPhone and Apple Watch chargers.

Rumors of a rebirth appeared in 2020, based on claims that enhanced power regulation would solve the overheating issues, but the program was dropped ten months later.

Around the time the gadget was introduced, Apple began filing and receiving patent awards for technologies that would undergird a product like AirPower. Those submissions are still coming in, with the most recent award given on Tuesday.

Apple’s charging technology, which is still in development, may not be restricted to a single item, such as a charger, but it will open the way for a future in which all of Apple’s primary gadgets “can charge each other.” Simply said, Apple appears to be working on short- and long-distance wireless technologies that will also provide reverse charging on the iPhone, Mac, and iPad. A future iPhone model with this technology, for example, may be able to charge AirPods and Apple Watch.

You may be also interested in: 4 Variants of Realme 9 Series All Set for February 2022