With the arrival of Apple Music TV, Apple has returned to its music roots. The new channel, which launched today, provides free round-the-clock live streaming of selected music videos on Apple Music and Apple TV applications. Unique new music videos and premieres, special curated music video blocks, live shows and concerts, as well as chart countdowns and celebrities will all be featured in the service. 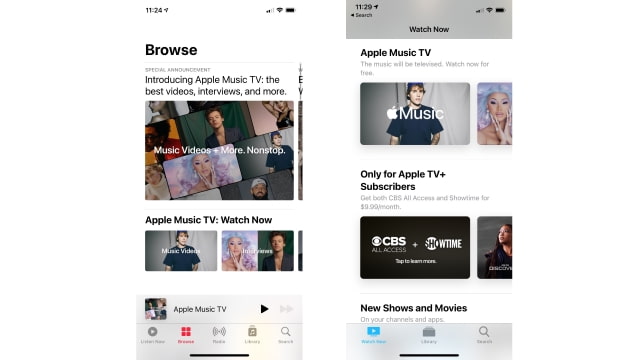 Music TV is noteworthy because it seems to be a clear shot at the domination of the music video room on YouTube. Every Friday, beginning with Joji’s “777” and Saint Jhn’s “Gorgeous” on the 23rd, the new channel will host video premieres at noon ET and it will be a home for the other original material that Apple Music has produced over the years, such as concert films and interviews.

And it sounds like the weight of Apple is being tossed around. For eg, nowadays, the service runs like a kickoff event with a countdown of the top 100 most streamed songs on Apple Music. Although it remains to be seen if Apple will unseat YouTube (RIP to MTV), watching it try something different is interesting.