Apple executive Phil Schiller unveils new versions of the iPhone 6 and iPhone 6 Plus at the Apple event in San Francisco, California. He also unveils iPad Pro with a stylus called Apple Pencil.

The new smartphones iPhone 6S and 6S Plus have the same overall dimensions of the last version. chief executive Tim Cook said at the San Francisco media event.

These phones contain a key feature called “3D touch” which responds to pressure exerted on the screen to allow users to “peek” or have a quick look inside messages and applications.

Mr. Schiller said about this large-screen tablet that it has the power and capabilities to replace a laptop computer. In the event they also launch Apple Watch and Apple TV with new upgrades, while older models of devices saw price drops. 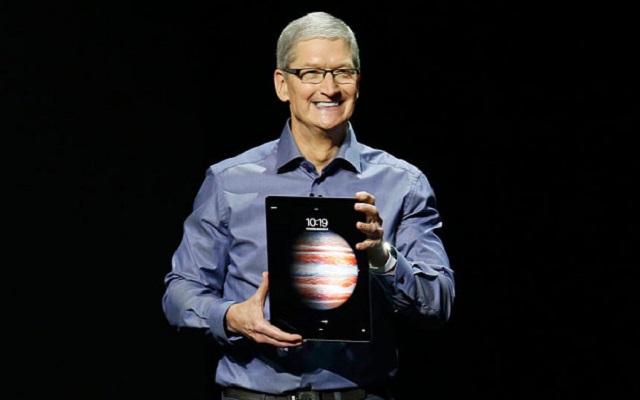 [pull_quote_center]The device features “desktop-class performance” and operates faster than 80 per cent of portable PCs that shipped in the last 12 months. It is thin and light enough to work all day and be taken everywhere,[/pull_quote_center]

Cook said regarding the iPad.