Apple hosted a launch event of its flagship devices yesterday on September 12. Interestingly Apple always holds press conference on Tuesday for some unknown reasons. Yesterday Apple Launches Three Flagship Devices- iPhone 8, 8 Plus and X, with a new glass-body design and other improvements on the iconic smartphone.

Also Read: iPhone 8 Rumors: Everything You Need to Know

Apple chief executive Tim Cook told that the new iPhones launched are a step forward toward the technology. The event was held in Apple’s new spaceship campus in California. Apple showed the slow journey of Apple in Smartphone market rendering it conquering the world.

“Ten years later, it is only fitting that we are here in this place, on this day to reveal a product that will set the path for technology for the next decade,”

Apple termed iPhone x as the future of Smartphone era. It is a gorgeous all glass design with a beautiful 5.8 inch super retina display. It is enclosed with A11 Bionic chip, wireless charging and improved rear camera. iPhone X provides an innovative and secure way for customers to unlock, authenticate and pay using Face ID which is enabled by new TrueDepth camera. 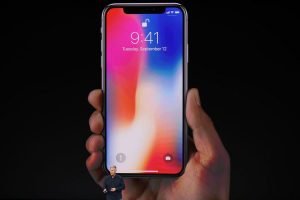 Apple lovers will be able to pre-order iPhone X from from October 27 and will be available in stores on November 3, 2017.

iPhone 8 and 8 Plus looks like iPhone 7 and 7 Plus but with glass back. iPhone 8 has a single camera like iPhone 7 while 8 Plus has a double camera.

It is available in silver, space gray and new gold finish that is a mix between gold and rose gold. Both phones are water and dust resistant. Apple iPhone 8 has 4.7 inch screen while 8 Plus has 5.5 inch screen and a dual camera lens on back. 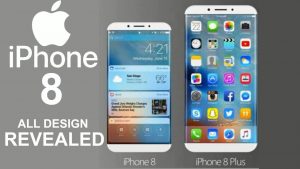 Both flagship devices have A11 Bionic processor which is termed as the most powerful and smartest chip ever in smartphone by Apple. The glass on the front and back of both devices will be reinforced by laser welded steel and copper. Both models have a HD retina display and feature a 12MP camera. Both iPhone 8 and 8 Plus supports wireless charging .

Also Read: Here You Can Watch the Live Stream of Apple iPhone 8 Today at 10PM