There was a time when Apple was the single biggest player in the global smartphone market. As soon as other smartphone makers started getting fame, Apple started coming down on the list. There are many rivals in the market including Samsung, OPPO and Xiaomi etc. Due to the still competition, Apple has been having a rough time lately and has struggled to maintain its once unassailable market share.

According to TrendForce,  Apple came in second in terms of market share last quarter, this quarter has seen it drop all the way down to fourth place. Samsung comes in first followed by OPPO and Xiaomi respectively. Yes, it is very sad news for Apple. Now the question arises what reasons caused Apple to lose its market position. The one main reason is the decreased iPhone production. While Apple has seen a 13.7% drop in market share this quarter, it also decreased production by over 22%. By that metric, it seems that Apple is actually doing surprisingly well with all things having been considered and taken into account. But overall, it was unable to sustain its market position. 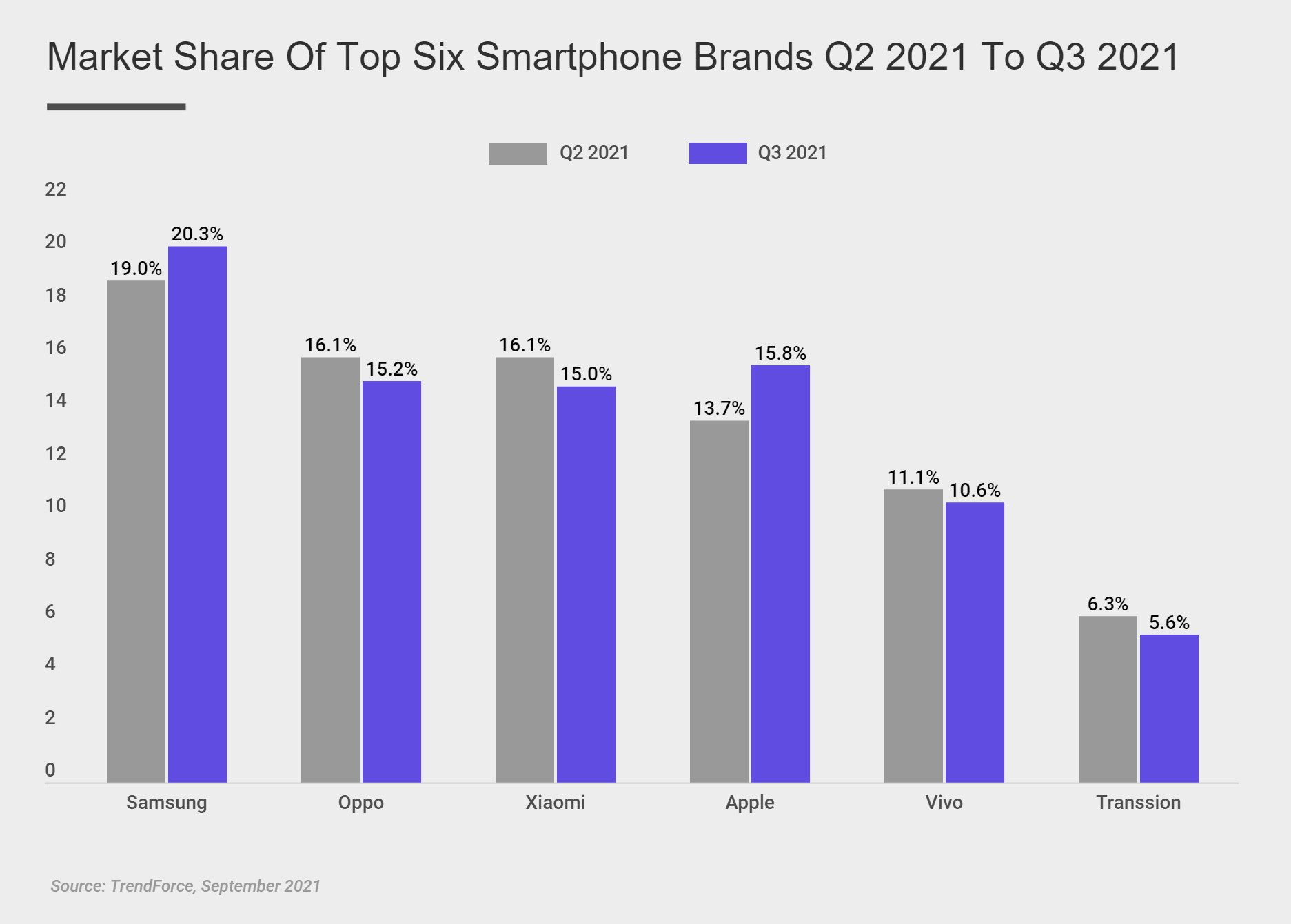 Apple also managed to get more market share this quarter. in the second quarter of 2021, Apple’s share was 13.7%. Now, the company has a 15.8% market share. But overall, it takes the fourth position.

Check Also: Google May Overtake the Apple iPhone With the Next Major Android Update

Now, it is time for iPhone 13. While the launch date has not been set yet, it’s still something that Apple is definitely going to be working on as it commonly releases new phones at this time of the year. What this means is that Apple might need to reform matters and ramp up production. This might be a sign that Apple is actually not planning to release a new phone this year. This possibility would indicate a massive change for the enterprise and it could further allow competitors to increase their market share.

Anyhow, Apple has not revealed any information regarding this yet. Hopefully, we will get more information about it in the coming days.