Apple’s iOS always stays up to date and is much more secure than the Android. The credit mainly goes to the extensive R&D carried out by the company. Last month, the silicon valley giant Apple rolled out iOS 15.2 update for its users. Now, the company is rolling out a new bug fix update for iOS users, which is the iOS 15.2.1. As per a report from the company, iOS 15.2.1 encompasses bug fixes for CarPlay, iPadOS along with sharing photos via Messages.

You can update the new software by following a few simple steps. Just visit the Settings app on your iPhone, select General and afterward tap on the Software Update. The build number for the new update is 19C63. Also, it is pertinent to mention here that the size of the new update is around 960 MBs. 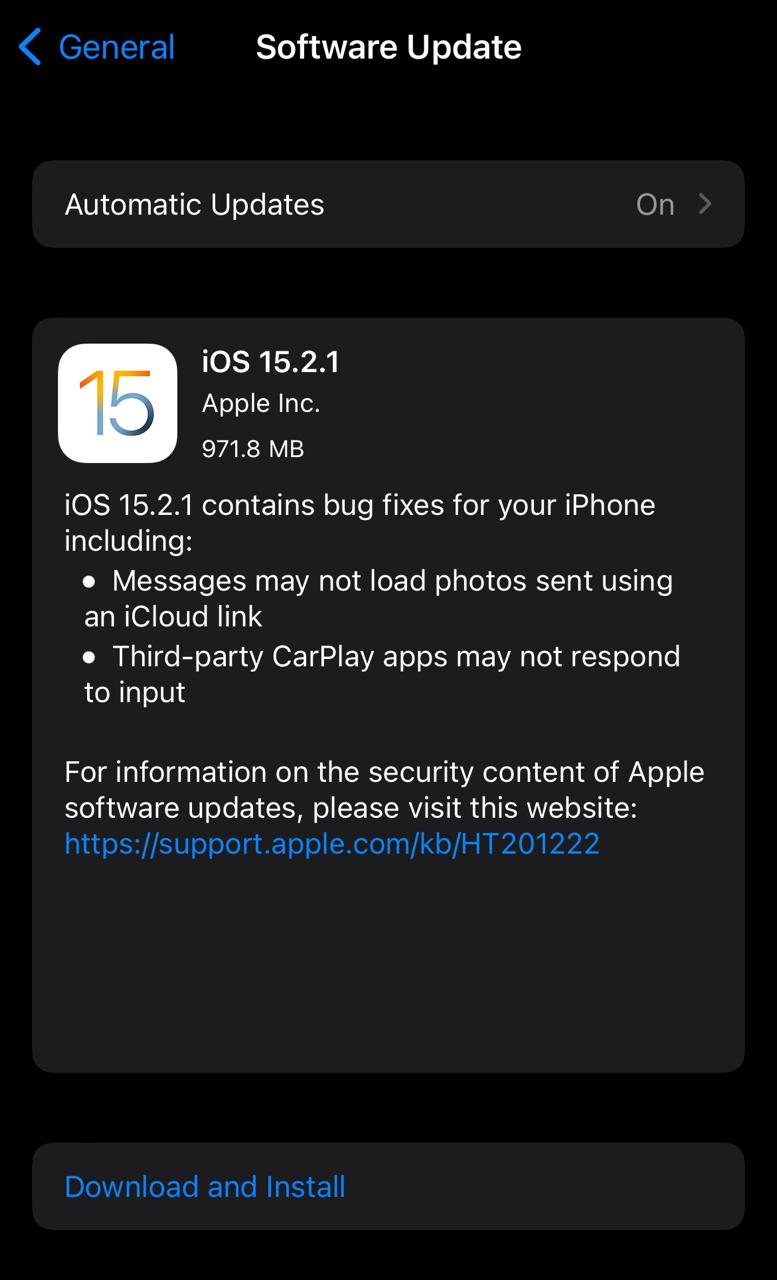 The iOS 15.2.1 and iPadOS 15.2.1 updates will also fix operating system vulnerabilities that could enable Homekit and lead to phishing attacks.

Last month’s release of iOS 15.2 was a major update for iOS users. The update encompassed support for the Apple Music Voice Plan, App Privacy Report in Settings, new communication safety features in Messages, and more. The new update comes at a time when Apple is beta testing iOS 15.3 with developers and public beta users.