This news was revealed by MacRumors who reported that he has viewed a memo from virgin mobile, who also announced that Apple will announce the phone option on 9th, April.2018. 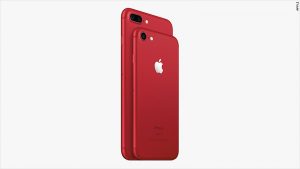 Product Red was founded in 2006 by U2 frontman Bono and ONE Campaign activist Bobby Shriver, and licenses its name to other private companies to highlight efforts to combat HIV/AIDS in eight African countries: Ghana, Kenya, Lesotho, Rwanda, South Africa, Swaziland, Tanzania and Zambia.

Previously, Apple has launched many special red edition iPods, iPads, and cases over the years, and last year. However Apple  released an iPhone 7 for the first time last year.

iPhone 8 and 8 Plus were loved by people due to their extra ordinary features. Special edition red iPhone 8 and iPhone 8 Plus will be loved more by people specifically girls.