Yesterday Apple has launched iPhone 13 series including different models and different storage options. The company has also launched its smartwatches as well. Apple Watch Series 7 has a more durable body and a bigger display. In fact, Apple touts that it’s gotten a bit more rounded with softer, curved sides and glass cover.

The biggest improvement is the new, larger display in the same overall body. Apple managed to stretch the screen to the edges of the casing by reducing the bezels to 1.7mm. It is now 40% slimmer than the Series 6. According to the company, it allows the display to grow by 20%.

Apple’s Watch Series 7 has a more durable body. The glass cover is now more crack resistant and the watch has added IP6X dust-protection rating to the WR50 water resistance.

WatchOS will take advantage of the bigger display with newly redesigned UI elements, like bigger buttons. Notifications will show more text and the Apple Watch now features a full QWERTY keyboard for answering texts. Apple QuickPath will use machine learning to predict what you’re trying to type. 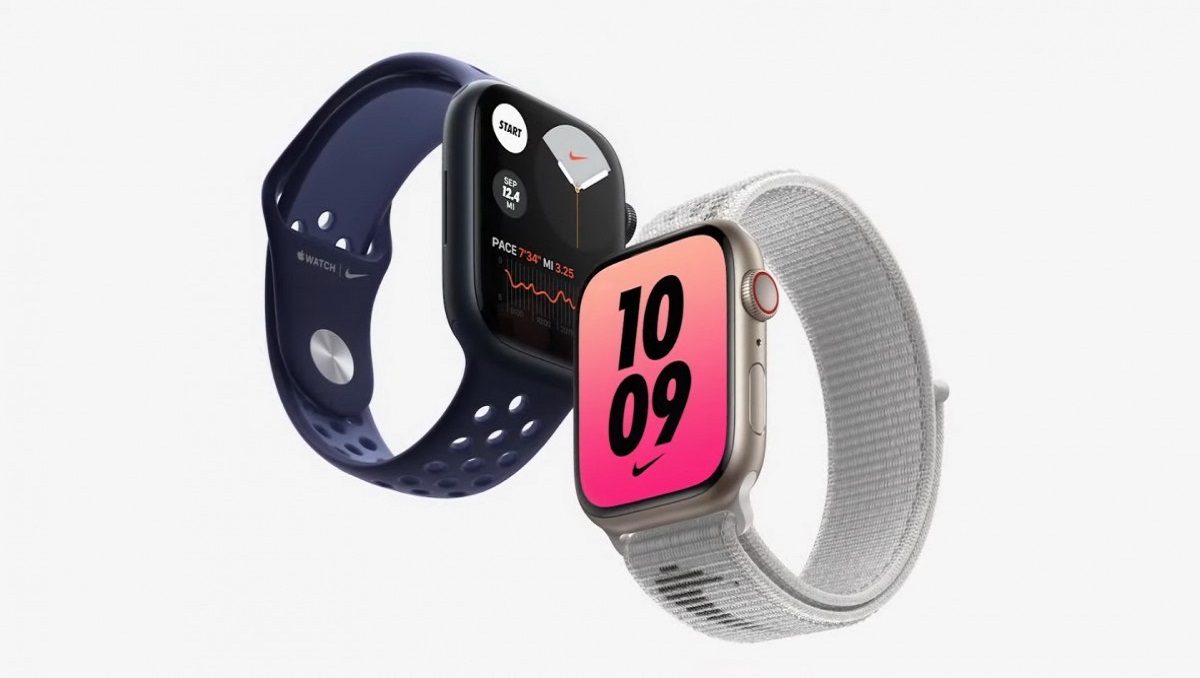 Apple says you can count on the same 18 hours of battery life. However, the charging speed is now increased to 33%. All thanks to the new USB-C fast charger. It will take 45 minutes on the charger to charge the Apple Watch Series 7 from 0 to 80%.

Apple has made the new Apple Watch Series 7 with 100% recycled Aluminum and in five new colours. There will also be three stainless steel models and titanium. 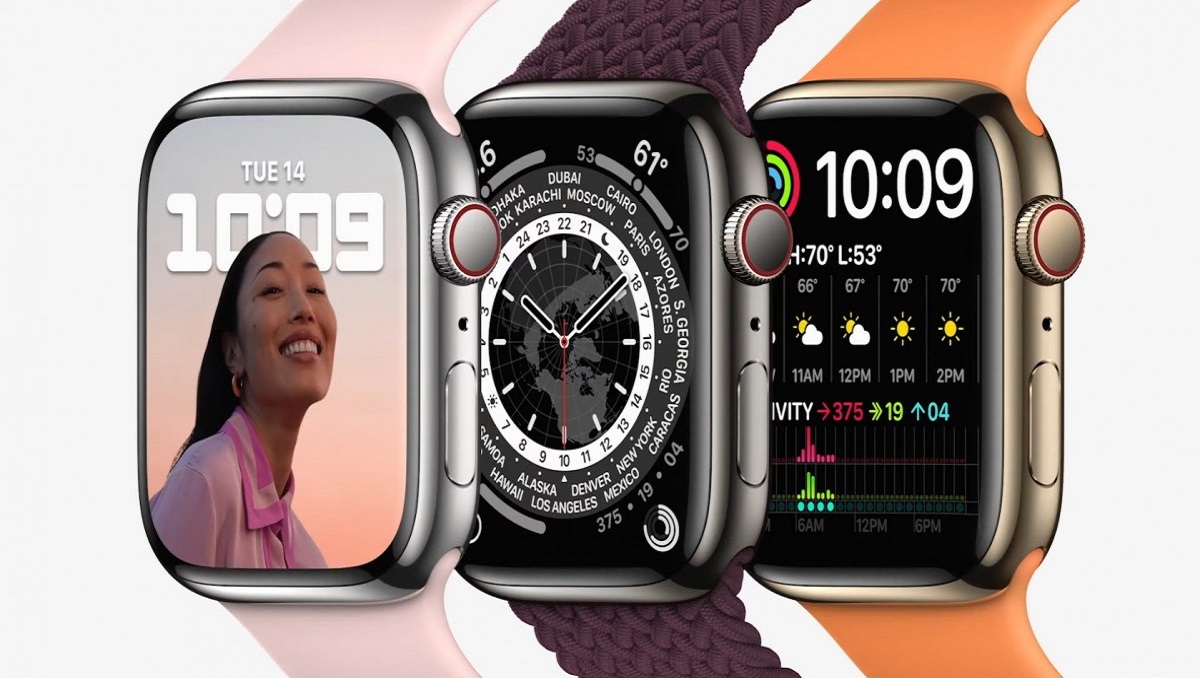 Moreover, the company has revealed updates to its Apple Watch and added fall detection for bike riding. The new update is part of WatchOS 8. According to the company, it will help your watch automatically pause when you stop cycling and then resume when you start again.

Additionally, WatchOS 8 will also be more compatible with e-bikes. The new update comes with an improved algorithm for tracking calories. The algorithm will more accurately track a workout by determining whether someone is using a pedal-assist feature on a bike or only using their leg power.