Apple is said to be focusing on virtual (VR) and augmented reality (AR) technologies with a hidden team of hundreds of people. Apple is looking into various methods to include virtual and augmented reality into future iOS devices or new hardware items. Apple’s attention on AR/VR has increased in recent years, and an augmented reality device might be released as soon as 2022. According to online rumors, Apple is working on a variety of headset-like gadgets for the future. One of the rumored products is a pair of Apple’s AR glasses, which are expected to be released next year.

Ming-Chi Kuo, an Apple analyst, predicts Apple’s “mixed reality” headgear will be released in late 2022 or early 2023, with Apple Glasses following in 2025, however other reports have indicated the glasses would be released in 2023. The headgear is AR/VR, often known as mixed reality, whereas Apple Glasses are augmented reality. Some people are sceptical of Apple’s ability to succeed with these devices. Analyst Ming-Chi Kuo, on the other hand, is optimistic about the company’s capacity to prosper with these gadgets in the long run. According to Kuo, he believes Apple’s augmented reality glasses have the potential to sell 1 billion units. 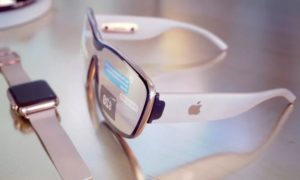 The basic line, as Kuo stated, is that Apple looks to be preparing to swap the iPhone with these spectacles within the next ten years. As a result, the 1 billion units reflect both current and future iPhone consumers. None of these wearables has proven to be especially effective, other than the fact that they have received a great deal of attention.

Kuo also revealed that Apple’s device will include an innovative eye-tracking system that will be used to provide an intuitive visual experience that interacts seamlessly with the external environment, as well as a more intuitive operation that can be controlled with eye movements and reduced computational burden in the form of a lower resolution where the user is not looking.