Let us inform you that Apple is no longer the most valuable firm globally. Aramco, a Saudi Arabian oil firm, presently holds the title. This reversal, according to sources, is attributable to a jump in oil costs as a result of current inflation increases.

Aramco is Now the New King

Aramco has eclipsed Apple for the first time since 2020, with a market valuation of $2.43 trillion. The Cupertino company’s shares were down 3.9 percent on the New York Stock Exchange as of 1:05 p.m. ET today (NYSE). Apple disclosed its $3 trillion market worth earlier this year, approximately $1 trillion more than Aramco. Since then, the stock has dropped 16%, while Aramco has increased by 27%.

While a rise in oil prices is excellent for Aramco’s profitability, the Federal Reserve is raising interest rates at a rapid pace due to rising inflation. As a result, investors are disregarding tech companies, leading stock prices to plummet. 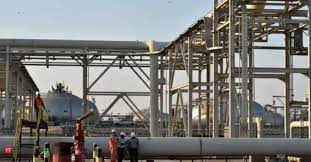 There is Still Some Time in Recovery

Tim Ghriskey, Senior Portfolio Strategist at Ingalls & Snyder, believes tech businesses will need some time to rebound. With the Federal Reserve expected to keep raising interest rates and little indication of a resolution in Ukraine, digital behemoths struggle to preserve their dominance.

There’s nervous selling in a lot of technology and other high-multiple firms, and the money is flowing into energy, which, given commodities prices, has a positive outlook for the time being. Aramco, for example, has significantly benefited from this atmosphere.

Supply chain issues caused by global wars will continue to haunt Apple for some time. Apple just released its earnings results for Q2 2022, and the company stated that supply chain issues would have an impact on its Q3 results. However, within the industry, sources reports that Apple stock is still relatively safe to buy, owing to the company’s consistent growth this year.

Despite Aramco’s victory, Apple remains the most lucrative business in the United States, with Microsoft in second place.