According to an anonymous source, Apple has urged major US carriers to prepare for the release of eSIM-only iPhones in September 2022. Although the papers do not expressly reference Apple or the iPhone, the tipster submitted an apparently credible document describing the timing for this project. The rumor mill has recently been buzzing about future iPhones eliminating their SIM card slots, beginning with the iPhone 15 in 2023. However, immediately after the leak, a tipster got an anonymous report indicating that Apple is already in discussions with major US carriers for eSIM-only devices. This suggests that starting with the iPhone 14, we may see eSIM-only iPhones in 2022. Dylan, a trustworthy Apple tipper, confirmed this information on Twitter. 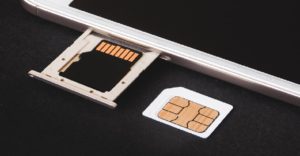 When it comes to production, removing a physical SIM slot provides a few advantages. It would free up some room for other components, and the trays eject and insert mechanism would no longer be manufactured, saving money. Removing a port would also simplify frame manufacture and make it easier to maintain the phone water and dust safe. Following the removal of the headphone jack and the introduction of MagSafe accessories, Apple is taking another step toward the envisioned port-less iPhone by deleting the SIM card slot.

As part of the shift, several US carriers are reportedly planning to offer some iPhone 13 models without a nano-SIM card in the box in the second quarter of 2022. iPhone 13 devices sold in Apple Stores or on Apple.com already do not come with a nano-SIM card, with consumers generally able to activate a cellular plan through eSIM by turning on the iPhone, connecting to a Wi-Fi network, and following the on-screen instructions. 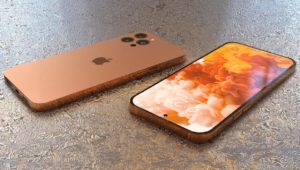 iPhone 13 models currently support multiple eSIM profiles, letting users to subscribe to and switch between various cellular plans online, and this feature may pave the way for the SIM card slot to be removed in some regions.

It is worth noting that eSIM functionality on smartphones is not new. It is already available on the iPhone 13, as well as the Google Pixel 6 and the Samsung Galaxy S21 series. However, the iPhone 14 will very certainly be the first to do away with the traditional SIM card slot. And, because Apple is the market leader, other phone manufacturers may follow suit sooner or later.

As a result, it is extremely conceivable that in 2023, Android phones will begin to remove SIM card slots as well.