At CES, ASUS will show off a lot more than just laptops. The ASUS ZenBook 17 Fold is a full-screen folding OLED tablet that represents a step forward from the company’s dual-screen Project Precog prototype from 2018.

Though it has an unusual appearance, the device’s adaptability should make it more than an oddity.  The Asus Zenbook 17 is a big 17.3-inch 2560 x 1920 OLED screen that was announced during CES 2022. The complete 17.3-inch screen has a 4:3 aspect ratio when unfolded. The screen folds into a 3:2 12.3-inch clamshell with an on-screen touch keyboard on the lower half when folded.

It boasts a QHD resolution of 2560 x 1920 pixels, a 1,000,000:1 contrast ratio, a 100% DCI-P3 colour gamut, a 0.2 millisecond reaction time, and a refresh rate of 90 frames per second. The Pantone-certified touchscreen complies with VESA’s DisplayHDR 500 True Black standard and is Dolby Vision compatible. 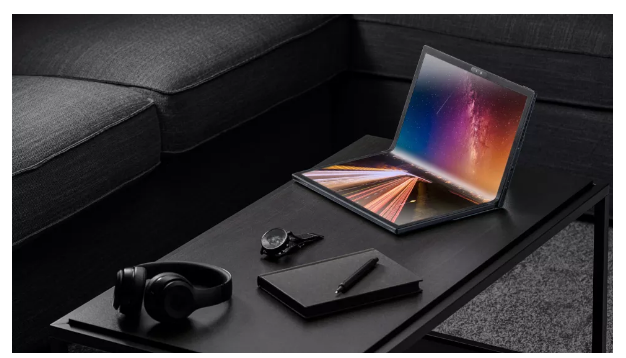 The Zenbook 17 is equipped with an Intel Core i7 U-series CPU from the 12th generation, as well as up to 16GB of RAM and 1TB of storage. The inbuilt ScreenXpert 2 software allows you to control how the screen is divided and organise your apps and folders. Wi-Fi 6 connection and a 75Wh lithium-polymer battery will be included in the laptop. A built-in 5-megapixel camera, a 3.5 audio combo jack, and a single Thunderbolt 4 Type-C connection with external display capability are among the other features.

ASUS hasn’t revealed a pricing, but the ZenBook 17 Fold is expected to be released in May during Computex.

This is one of the finest laptops of CES 2022 thus far, thanks to the promise of a folding laptop, but there’s still more to behold. Keep informed on our CES 2022 updates.