Ayeza Khan Stands Among the ‘Most Searched’ People on Google

Every year, Google reflect on the moments that made us laugh, smile from ear to ear, or stay gripped to our screens in our annual Year in Search. Google announced its annual Year trends 2014, Ayeza Khan, the newly wed bride of Danish Taimoor Mehndi was the second most searched celebrity of 2014 in Pakistan.

The model-cum-actress was second among the most searched ‘People’ on Google search engine in Pakistan, while Hollywood late comedian Robin Williams topped the list. Ayeza made her debut in drama industry with ‘Tum Jo Miley’ and is also known for her popular ARY Digital drama ‘Pyarey Afzal’. 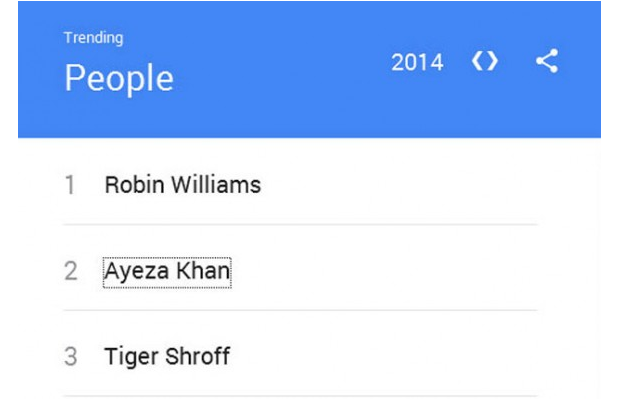