Electronic Arts and DICE have provided a closer look at Battlefield 2042 new Portal mode with less than a week till its highly anticipated release. Portal will let players create and host custom games using elements from the game as well as some of the franchise’s most beloved iterations, such as Battlefield 1942, Battlefield Bad Company 2, and Battlefield 3.

DICE gave a full explanation of Portal when it was revealed, but a new gameplay trailer  shows off some of the famous maps.

Portal can be viewed as a particularly powerful custom server configuration tool. Because you can’t construct or alter maps, it’s nothing like Halo’s Forge mode. Rather, we’ll be able to create playlists with custom rules and variables employing Battlefield 2042’s new infantry, weaponry, and vehicles, as well as those from the three classic Battlefields I described.

Other aspects of the game, like user interface, enemy AI, and what your soldier can and cannot do, can all be customized. If you want to learn more about the new Portal mode, check out the new gameplay trailer above or check out EA’s official blog page.

In addition to Portal and the usual Battlefield game styles, Battlefield will feature Hazard Zone, a Hunt: Showdown-inspired mode in which squads strive to grab data drives and survive the match. 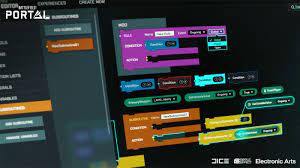 In other words, while the update was “free,” it wasn’t truly free due to the additional cost. This is no longer the case, as the regular digital edition of Battlefield 2042 for PlayStation 5 now contains EA’s Dual Entitlement feature, which means it covers both the PS4 and PS5 versions of the game.

Will Battlefield 2042 have bots?

Bots will be used extensively in this one. Not just in the manner you’d expect, but also in regular human-to-human multiplayer games. They’ve said it a few times already that multiplayer bots will be employed to populate lobbies in Battlefield, resulting in 128 player games for every match.

Battlefield 2042 will be released On November 19,