Though there are several Android emulators available, we tested each one to see which ones are the most reliable yet best Bluestacks alternatives and have a comparable or better experience than Bluestacks.

Android emulators are not a recent concept; they’ve been around for quite some time. Despite the fact that smartphones are becoming more affordable, people still tend to run Android applications on their desktop computers. Bluestacks has been an eminent name in this regard since the idea of Android emulation was first introduced.

BlueStacks is one of the most common and powerful Android emulators available for Windows and Mac. However, did you know that there are many Bluestacks alternatives that provide comparable or better features than this software?

On our PCs and Macs, the majority of us use BlueStacks. Since Bluestacks cause issues such as file size, graphic card errors, results, and so on, it is preferable to use another app like Bluestacks. If you’ve come to this page looking for the best BlueStacks alternatives, you’ve come to the right place.

Why do you need alternatives to Bluestacks?

You are fully fascinated by Android. Don’t you think so? And more so as it lands on your Windows PC or Mac, providing you with the most comfortable controls and customization options.

Andy Android Emulator for Windows PC is one of the best BlueStacks alternatives. Android phones with small screens can easily use this alternative.

Another reason to use this emulator is to solve the Android phone’s storage problem. This is the Android emulator for you if you want an easy-to-use interface. 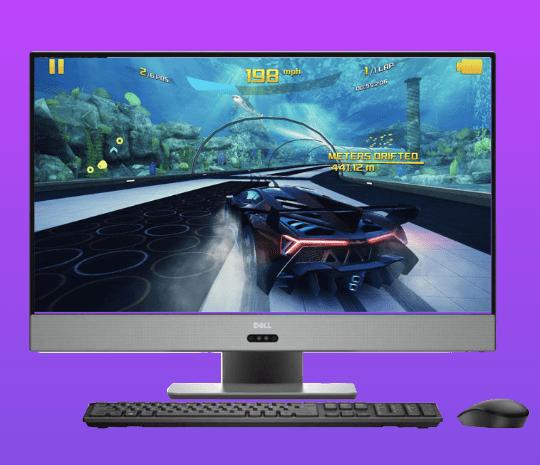 On the Android Market, Nox is the most advanced and user-friendly emulator. It can also be seen as a decent bluestacks alternative in 2023. It’s no wonder that Nox is the best Android emulator because it’s the only one that can run your favorite Android games on real hardware.

It runs on Android Nougat 7.0 and features the Material UI, but root access is one aspect where Nox Player completely outperforms Bluestacks. If you’ve ever tried to root Bluestacks, you know how difficult it is. However, with Nox Player, all you have to do is allow a toggle in the settings, and voila! – you’re firmly rooted. That’s how simple Nox Player is for you to use.

The fee is even a bit higher than other alternatives 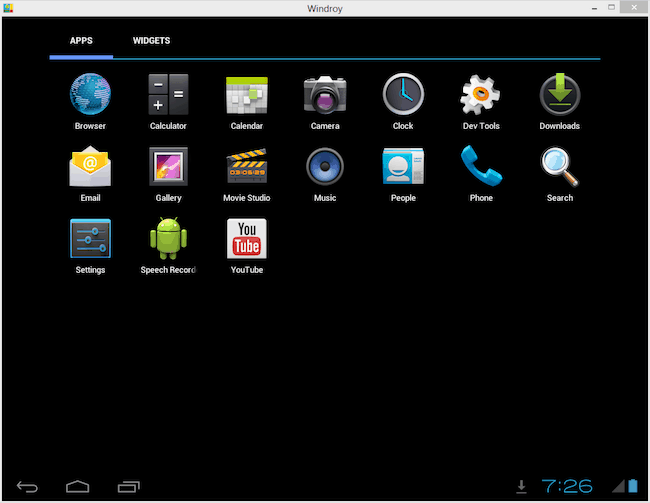 Windroy is a quite basic program, but it’s decent enough to clone Android’s ambiance onto a Windows PC, and it’s very easy and smooth. It makes it simple to install and launch applications, so you can use it to run the apps and games you like with minimal effort. The great thing about Windroy is that it functions as part of the operating system itself, rather than as an emulator.

The drawback is that it does not have access to Google Play, so you must update apps using the app’s APK format. Other features include support for all screen sizes (including 1920×1080), keyboard functions, mouse use, and network devices, as well as connectivity with Flash and Windows Media Player. 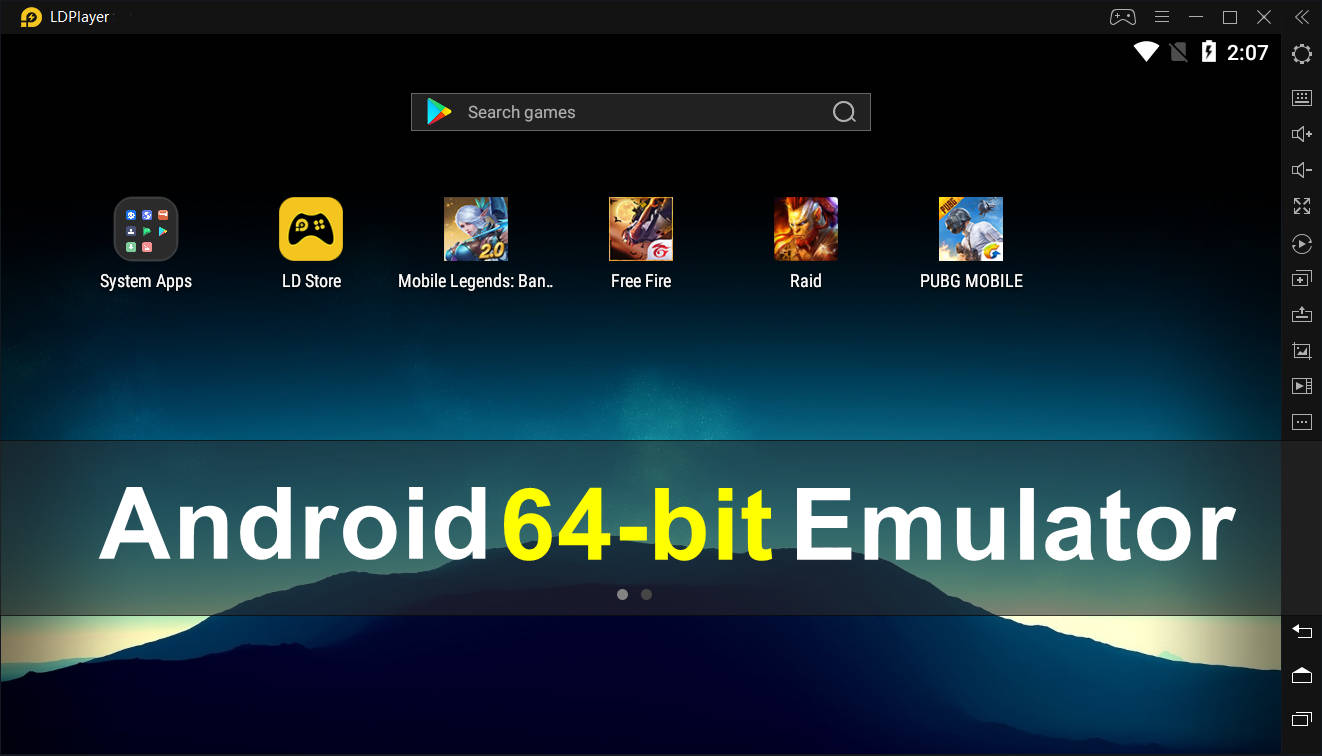 LDPlayer is currently one of the fastest Bluestack emulators for PC available. It helps you to choose a different Android OS version. Multi-Instance is one of the best features of LD Player. As a result, you can run two or three instances of the program simultaneously.

The emulator would run smoothly on Intel-based computers. In view of the Android update, LDPlayer, like Bluestacks, runs on Android Nougat for improved performance and compatibility. A dedicated app store for games that run well on LDPlayer is also available.

Multi-Instance is one of the best features 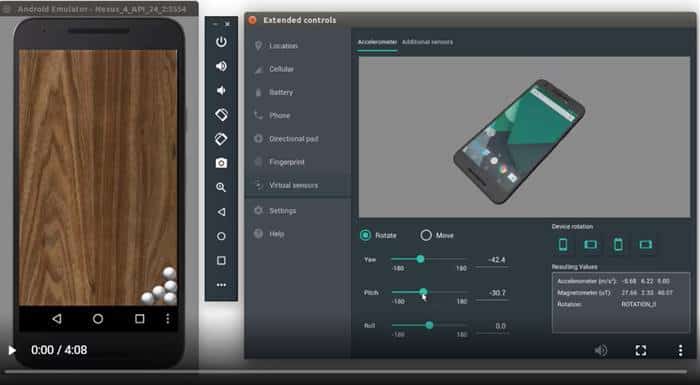 The Android Studio Emulator is a tool that facilitates Android development. However, as an alternative to Bluestacks, it can be a useful tool. Since it is a product from a well-known company, using Android Studio can undoubtedly assist you in playing Android games and running applications without difficulty.

Most developers tend to use this Android emulator to test their applications before releasing it to the device or phone. It allows access to all actual hardware and software, and it does not necessitate any changes to the Android device in order to validate it on real hardware. If you have a developer system, this app will undoubtedly act as the best alternative to Bluestacks.

Apple is well-known for being very selective about which products it allows into the App Store. Evidently, Apple’s strict software rules are part of the company’s allure, as they guarantee that iOS users’ protection is not compromised when installing content from the App Store. 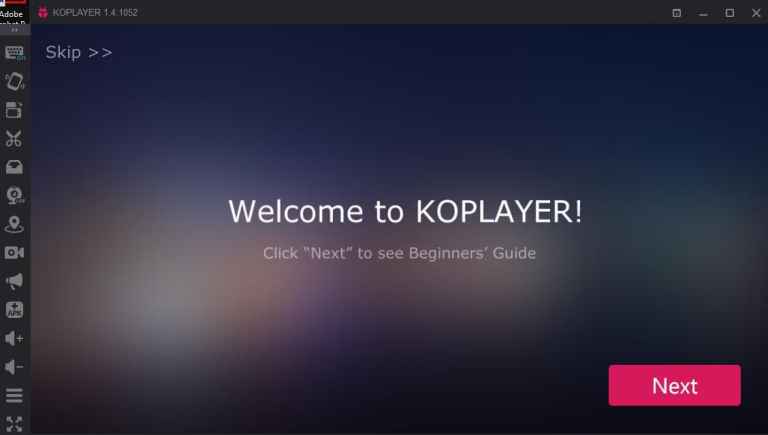 KoPlayer has recently risen to prominence in the world of emulators. Like all of the other alternative to Bluestacks on this list, KoPlayer focuses on enhancing the PC gaming experience to the max. You can also record the game, save it, and upload it to your preferred location on Mac.

The biggest issue with KoPlayer has always been its massive size, which consumes a lot of resources. Version 1.4.1055 appears to be much superior to previous releases, as the software’s scale has been minimized and several bugs and glitches have been addressed.

You can also record the game, save it, and upload it to your preferred location on Mac. 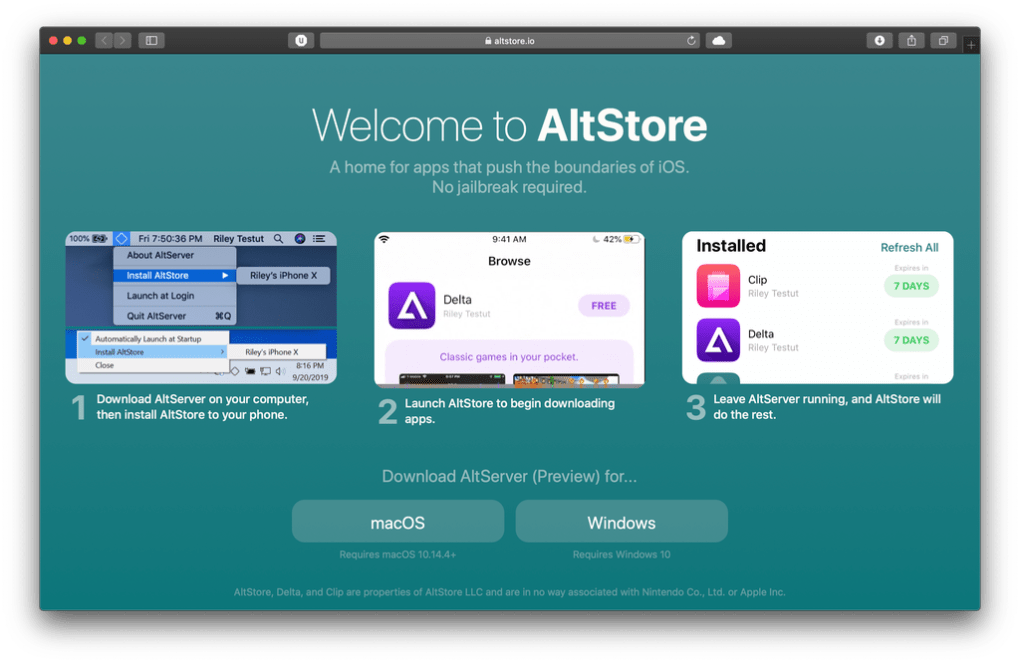 Apple would believe that the applications you installed were created by the owner if you use AltStore. As a result, cracking down on these applications will be very difficult because they could threaten users who are legitimately developing new apps. 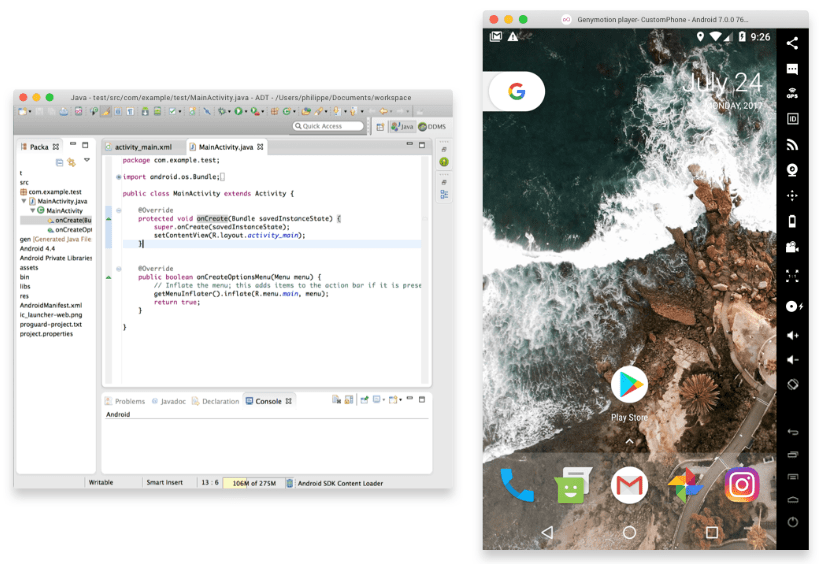 Since it can work with Eclipse and Android Studio, GenyMotion offers a unique range of features. Since it is a decent yet efficient alternative to Bluestacks emulator, it may be considered a BlueStacks alternative. The best part is that it is completely free for all Android devices. So download all of the applications for free and use them on your Mac, or create and test your own Android apps using Genymotion. It includes over 3000 Android configurations that allow you to monitor your apps.

You can check out an incredible amount of Android applications, including games, tools, and productivity software that can help you get your job done easily and efficiently.

Free and have a range of android configurations 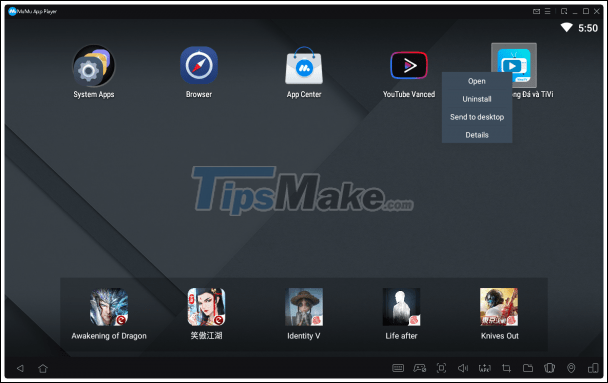 MuMu Player can transform the Mac into the finest game machine ever, providing you with the best possible gaming experience. It runs on Android 6.0 and is compliant with a wide range of apps and games, including PUBG Mobile, FreeFire, Call of Duty Mobile, and several more. MuMu Player is a free software program from Netease that can be used on any device.

Basically MuMu Player requires an Internet connection to download the installation file. The developer also offers a portable version that doesn’t require any installation. You just need to unzip the Zip file to the folder you choose and run the file.

Free, range of apps and games 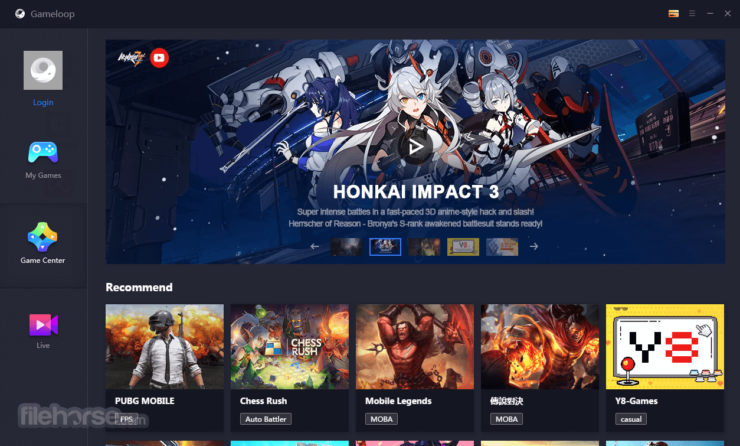 Gameloop is a Bluestacks alternative for gamers who want to enjoy a variety of Android smartphone games on their desktop computers. You may be shocked to learn that Tencent created Gameloop, formerly known as Gaming Buddy, as part of their desktop-mobile gaming experiment. Initially, this platform could only be used to play PUBG, but Tencent has now added support for a large number of APKs.

Gameloop is a decent bluestacks alternative to start enjoying all of the great Android apps if you’re looking for an easy platform for browsing web gaming, innovative workplace software and even android games that can be played online on your Mac or mobile device.

It will work smoothly whenever you like after you have installed it on your device. So, whether you want to play iconic games like COC, Free-Fire, or COD, Gameloop is a must-try. It is also entirely free to download.

How to install Bluestacks alternative emulators on your PC/Mac

Before you install BlueStacks alternatives in your system, make sure your device meets the following requirements:

Device specifications at a minimum:

Depending on the system, BlueStacks alternative emulator installation takes a few minutes. It will immediately open after it is done, and you will be asked to connect a Google account before you can begin playing mobile games on your PC.

How to Upgrade Bluestacks alternative apps

Please take these measures to update an older version of these apps to a more recent one:

You had to manually uninstall the previous version of BlueStacks before running the latest update in the past if you tried to switch to a new version. This procedure was inconvenient for obvious reasons.

Is BlueStacks bad for Mac?

Is BlueStacks 2023 safe? Regardless, BlueStacks is totally secure to use on any device, whether it’s a Mac or a Windows computer.

Which Bluestack version is best?

The new BlueStacks 5 is now available, giving players the best of the best when it comes to playing smartphone games on PC. This next major move aims to build on what BlueStacks 4, the best Android game player on the market, has to offer in order to provide the fastest and lightest emulator ever.

Android, as you already know, is an open-source operating system. As a result, Bluestacks is absolutely legal. Google, on the other hand, charges for Google Play facilities, while Bluestacks does so without violating any policies. It’s important to remember that using emulators like Nintendo, Gameboy, and Gamecube is illegal.

Does bluestacks make the PC slow?

BlueStacks is a program that allows you to run Android apps on your Windows PC or Mac using virtualization technologies. If your device’s specifications are inadequate, running many applications on it will put pressure on the processor, memory, and graphics card, causing the computer to slow down. If you have a low-spec computer.

How much RAM do I need for BlueStacks?

Which version of BlueStacks is best for Windows 10?

‘BlueStacks’ is one of the best Android emulators available, allowing you to take control of all of the features.
BlueStacks App Player 4.250.0.1070 is the best for Windows 10.

Why does BlueStacks run so slowly?

When using blueStacks, make sure your system has enough space and that your drivers are up to date. When using the software on a system with limited storage and low-quality graphic drivers, you may face difficulty. Remove some needless software since they take up more memory and cause BlueStack to run slower.

Android emulators are crucial in providing you with a better experience using Android apps and playing games on large screens such as Windows PC and Mac. Emulators make it easy to run Android applications on our devices.

You will undoubtedly find the right emulator for your needs, whether you are a developer looking to test software or a casual user looking to play some games. The Andy and LD player Android Emulators are the most common yet best alternatives to bluestacks. It is preferable to use Android emulators because they consume less computing memory. 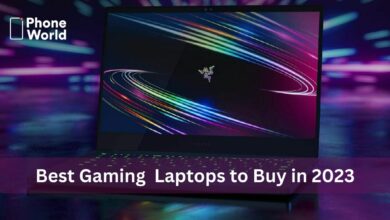 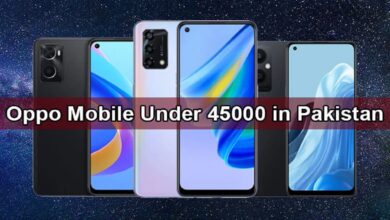 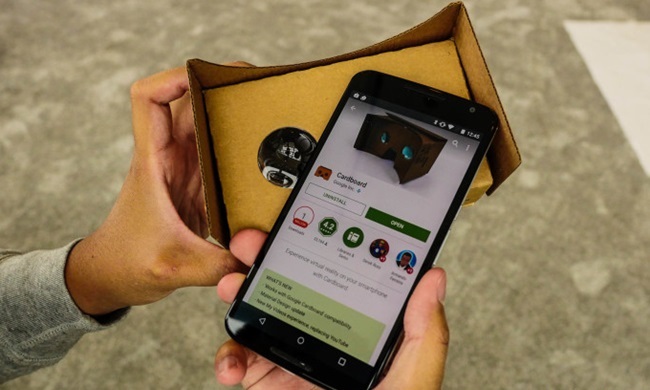 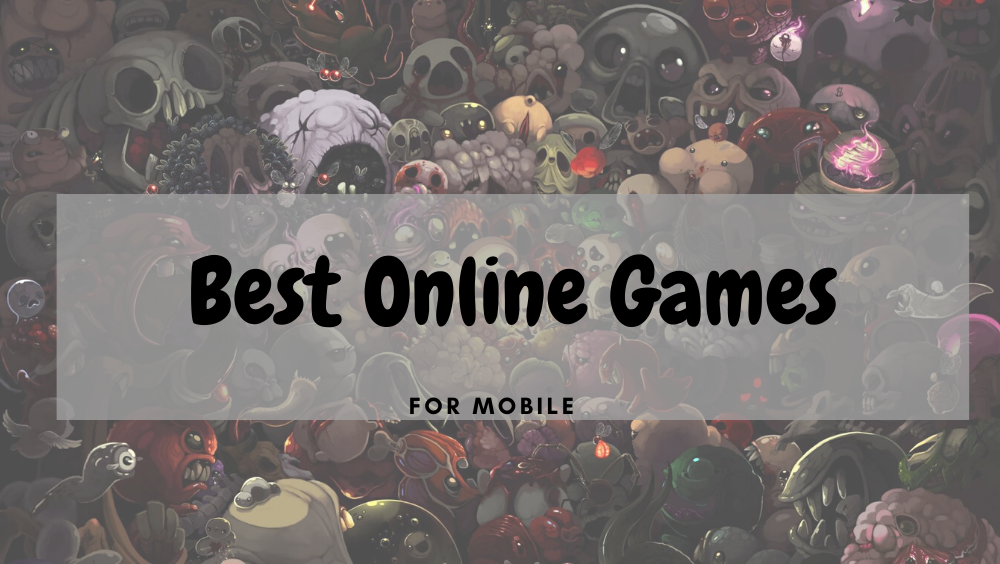 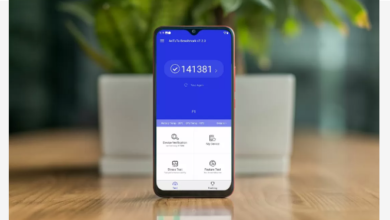 5 Best Android Benchmark Apps on the Playstore in 2023 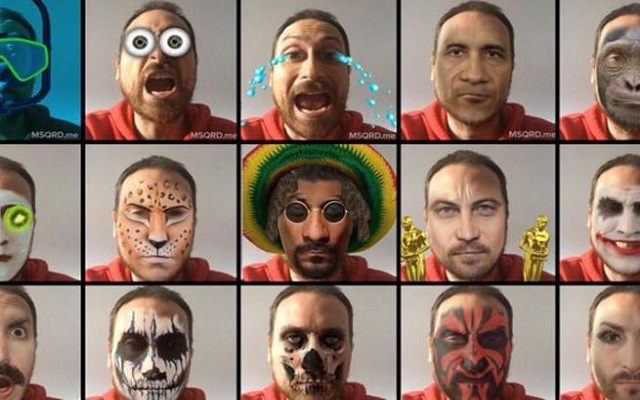