We all know that Google Cardboard is a virtual reality (VR) platform developed by Google with a head mount for a smartphone. It is an entertainment device. The developers have made it sure to provide you with apps and games that entertain you while letting you experience the magic of VR. There are a large number of Cardboard games on Play Store and Apple iTunes for the users. Today, in this article, I am going to jot down the 10 Best Google Cardboard Games that are the best out of the lot for sure.

Here are the Games that Work best with Google Cardboard VR Headsets. Let’s have a look at them. 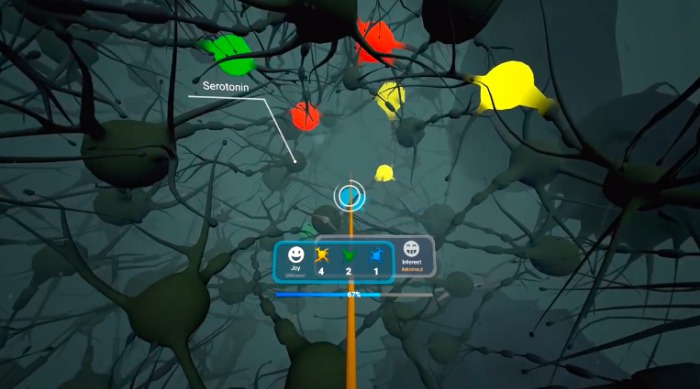 The InMind was one of the sci-fi VR games.  The problem was that a lot of users complained that it is too short and lack levels except for the one where you destroy neurons. On the other hand, InMind 2 is one of the Most popular VR Games to date that allows you to play as John and follow the process of him becoming an adult. It allows you to make all decisions, help shape John’s human brain by learning the chemistry of emotions, managing his reactions, and ultimately being in control of John’s destiny. It is definitely one of the Best VR Games For Google Cardboard. 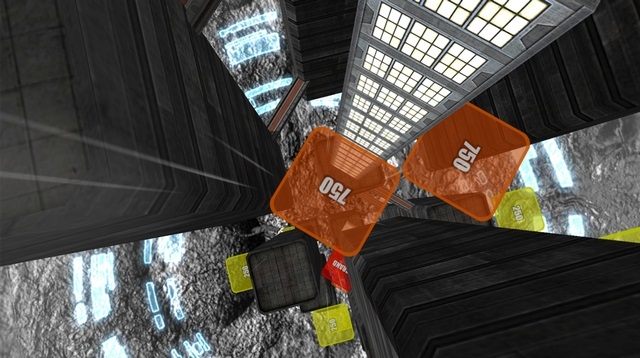 The virtual reality game, Caaaaardboard requires you to dive off of buildings in Boston, Massachusetts while performing stunts, gather points, spray paint and more. It provides Best VR Experience on Google Cardboard. The game certainly brings a superb VR experience especially for those who are scared of heights. It definitely helps them out to overcome their fear. 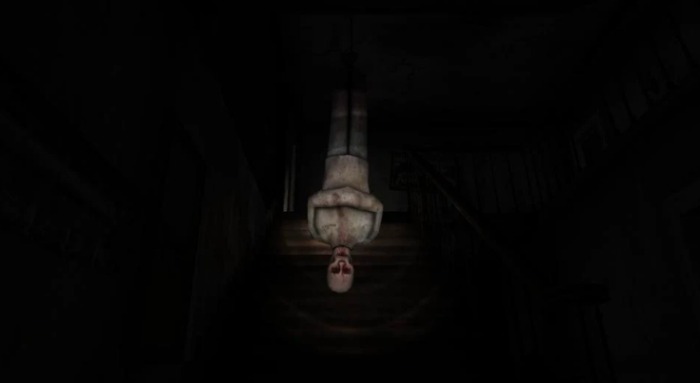 If you’re looking for a true horror game to play on your Google Cardboard, then House of Terror is suggested to be the best one out there. It leads yourself in an unknown, abandoned house and you need to navigate out of the same by searching for clues and solving puzzles. The interesting part is that while saving yourself from being caught by a hoard of monsters and ghosts, you have to solve the mystery. It is one of the good VR Games that provides a superb experience. 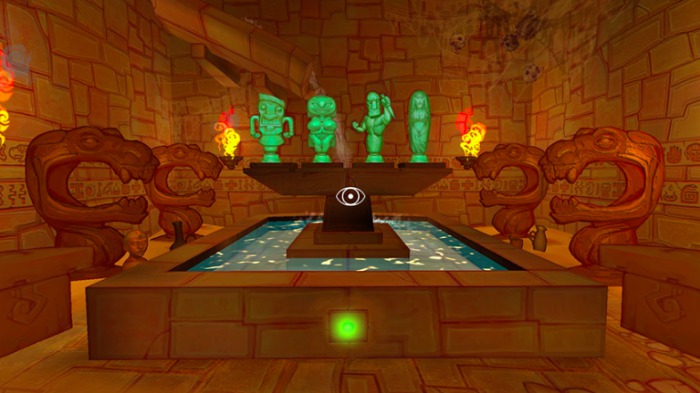 Hidden Temple is an adventure VR game. This decent VR Game strives to make you rack your brain to collect and combine items in an attempt to solve tricky riddles and discover buried secrets in the Hidden Temple. It is a fairly simple game. Furthermore, it allows you to leisurely play it on your own accord. 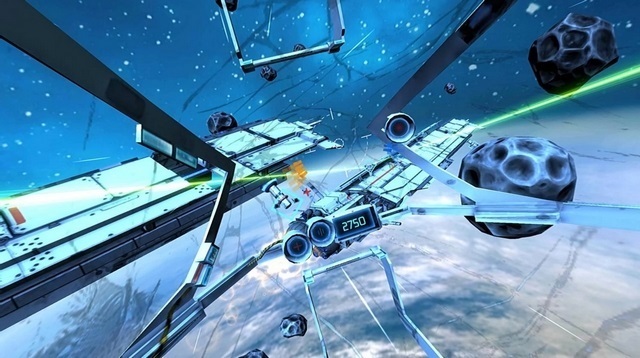 End Space VR is one of the most detailed-oriented Games that lets you experience VR more and more. The game comes with you piloting a small space fighter to fight a space battle against enemies. All you have to do is to move your head to move around the spaceship and use the magnet button to trigger laser shots. The best part is that the End Space VR includes different space environments, detailed space ships, upgrades and more. Moreover, the VR game features AAA graphics and 3D positional audio for the best VR experience on Google Cardboard. 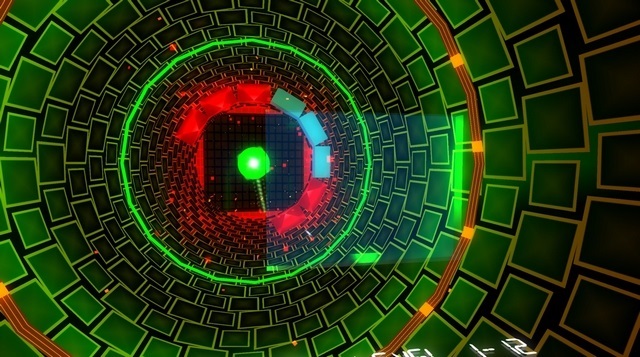 Proton Pulse is a highly addictive game. This VR On Google Cardboard is a brick breaking title where you have to spin and direct a proton ball to destroy the enemy core. The amazing game even lets you use your head to spin and tilt the energy ball. 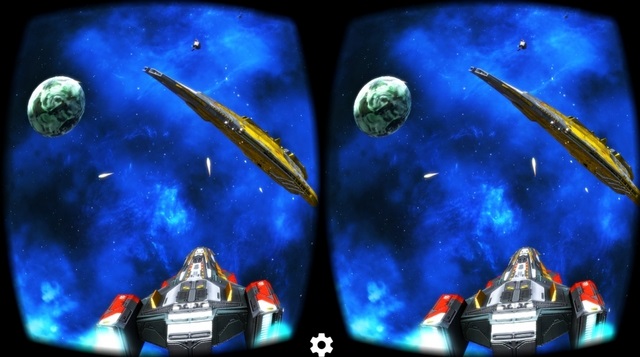 Then comes a very fine option for all those who are interested in shooting games. VR certainly makes the shooting games even better. The amazing game, Deep Space Battle is a space shooter game where you will have to use your intelligence & weapons to defend your world against an invasion. The colorful galactic landscape in the game surely makes for a great VR experience. In addition to all this, the game also includes features like different ship designs and more. Playing this game using Android-Powered VR headsets is definitely a good combo! 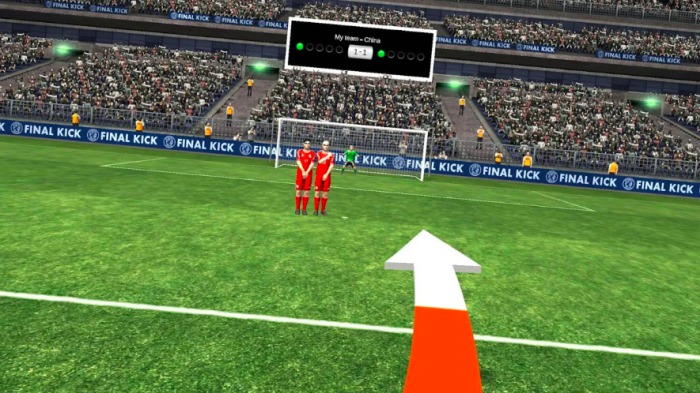 If you are a soccer fan and are not interested in the adventure or action games then you’ve got to try out Final Kick VR on your Google Cardboard. Playing this VR game puts you at the center of the thrill of a penalty shootout, where you will take turns to first take the shot and score and then dons the gloves. The gloves hover in the air to prevent the computer from scoring one over you. 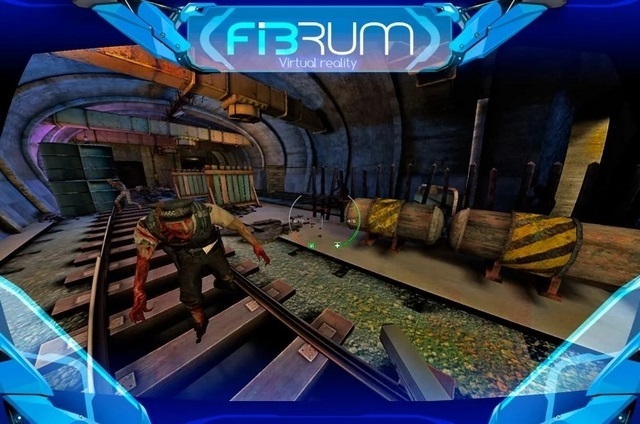 Zombie Shooter allows you play to a certain extent and in order to move further you will have to make an in-app purchase. Zombie Shooter lets you kill a large number of zombies in virtual reality. The game includes a post-apocalyptic subway filled with mutants and zombies. In this game, you will just have to aim at zombies and the game auto shoots them. It is very simple. However, if you like to pass some time shooting zombies, you can give it a try. Otherwise, I had already discussed a few fine options above. Choose any one them and play VR Games you are interested in. 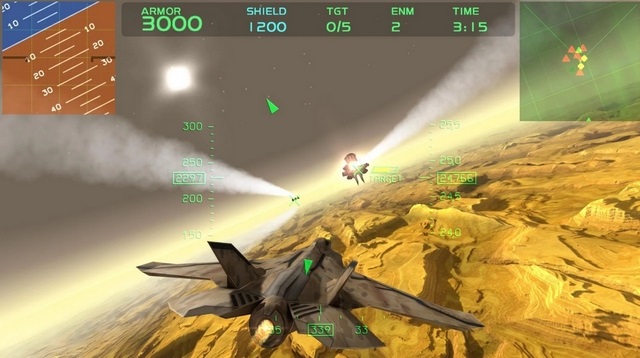 Fractal Combat X is one of the very popular Android game. It also comes with support for Google Cardboard VR. The gameplay is a flight combat game with some top-notch graphics. In addition to that, it comes with various new missions accompanied by beautiful landscapes and epic soundtracks. The game also supports controllers, so you can enjoy the VR experience without having to hold your hands near your head. Samsung Gear VR or Android VR Headsets can be used by Android lovers while playing.

So, all the Google Cardboard users who love to experience VR Games can opt for any of the above-mentioned games. These all are some very cool options that will provide you a really good VR experience. 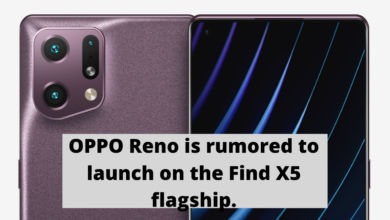