We have been playing strategy games since long before there was no computer. In human history, Turn-based strategy is among the oldest game types. The introduction of Android has changed the entire scenario of strategy games but these Turn-Based Strategy Games for Android require careful planning and patience.

Usually, Turn-based strategy games are a lot longer. The basic purpose of the game is to give the player a feeling of real power when they accomplish their goals. In these types of games, the players tend to focus more on grand strategy. Turn-Based Strategy Games have rich stories and gameplay is a lot faster. 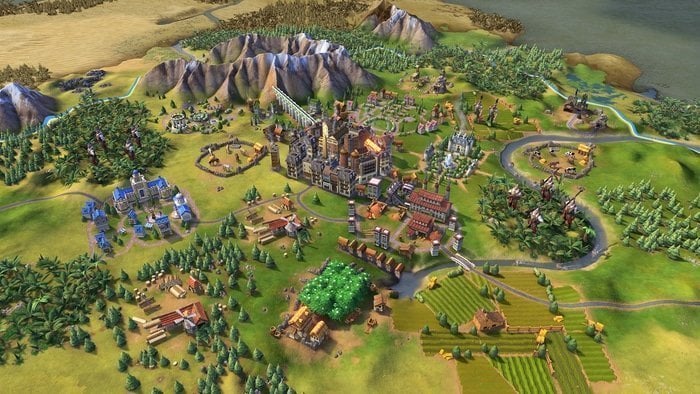 The game is challenging but at the same time, it is very interesting. The game is all about conquest, expansion, and imperialism.

Players can Pick one of the 18 nicely varied leaders, ranging from Abraham Lincoln to Genghis Khan.  The game offers good controls and variety in leaders, maps, and scenarios.

2. The Battle of Polytopia

The Battle of Polytopia is one of the best turn-based strategy games for Android. This strategy game is all about ruling the world, fighting evil AI tribes, discovering new lands, and mastering new technologies. With unlimited replay value, the auto-generated maps make each game a new experience.

Players are able to pick and choose among different tribes. The game is formerly known as Super Tribes and is developed by Midjiwan AB. It was released in February 2016. It is a great game for those who like strategy.

Players enjoy playing this epic, story-based, and tactical role-playing video game. It is published by Versus Evil. It is the sequel to The Banner Saga, which took the indie gaming world by storm.
Download

Hoplite is one of the simple strategy games. It is very simple to learn but has a huge amount of depth. It is a challenging game as it makes you think before you act.  It offers strategical choices to upgrade your abilities. The game focuses on tactical movement around small maps. 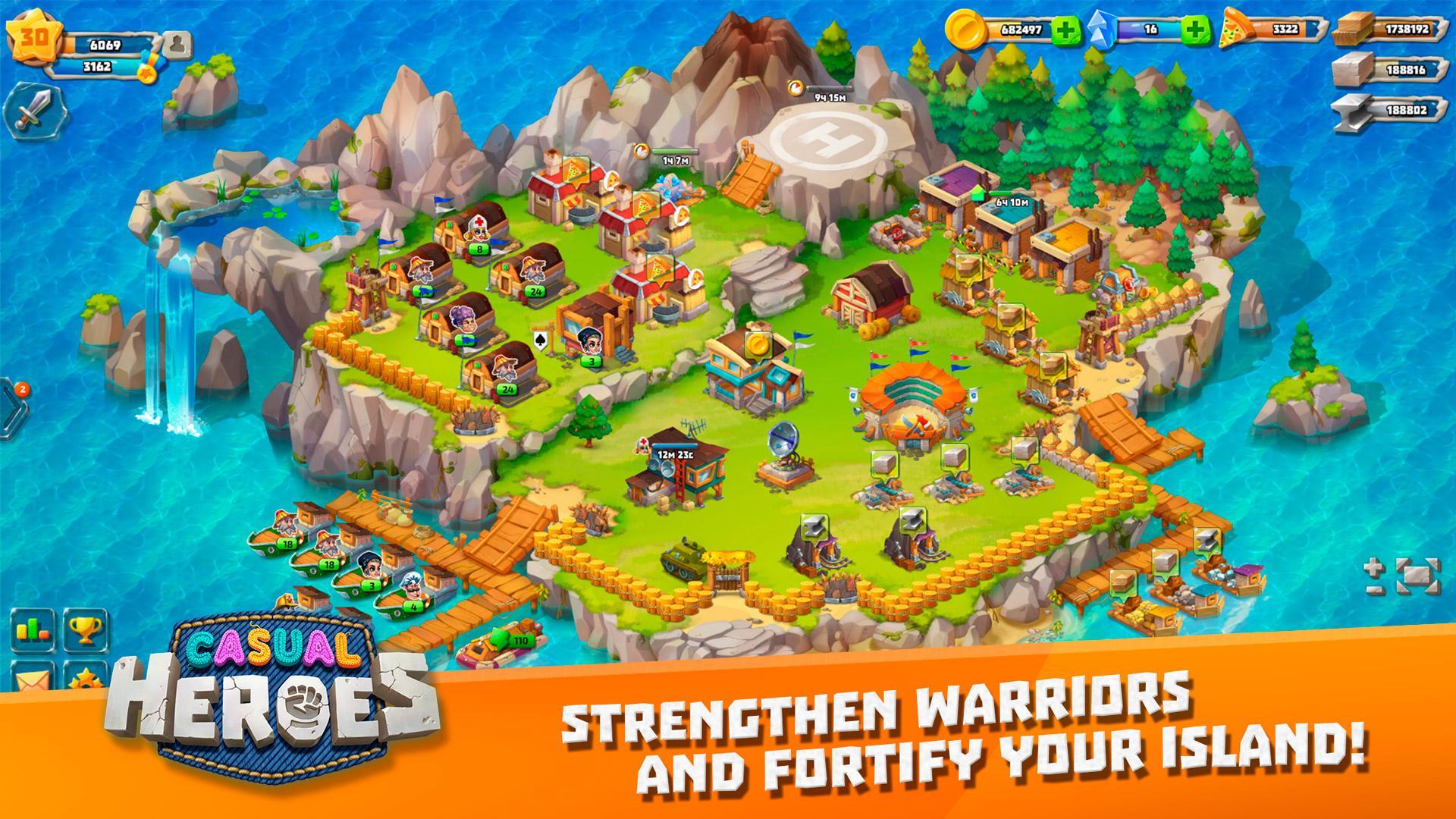 Casual Heroes is a turn-based strategy game with tactical battles on the field. In this game, the players take battle under full control, plan moves, and can correctly apply support items. In this game, instead of sword heroes use slingshots and rolling pins. players use unique abilities and modern objects instead of magic.

Uniwar is a turn-based strategy game with multiplayer online gameplay for up to eight players but also comes with the single-player campaign mode. The game is specifically designed for mobile devices. Initially, it was released in April 2009 for Android and iOS and after that, it was rolled out to other platforms such as Ovi (Nokia) and BlackBerry App World.  This strategy-simulation game takes place on a hexagonal map, where each player moves their units. 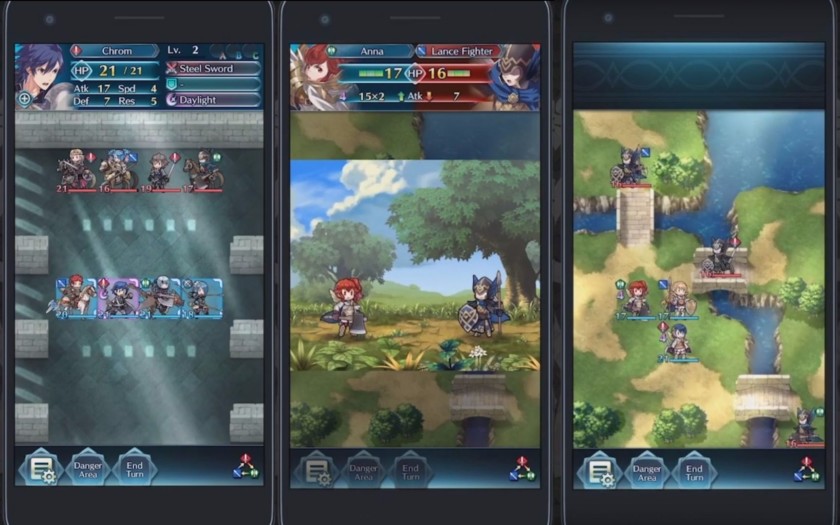 The game comes with an ongoing, original story where new characters and dozens upon dozens of battle-tested Heroes from across the Fire Emblem universe meet. 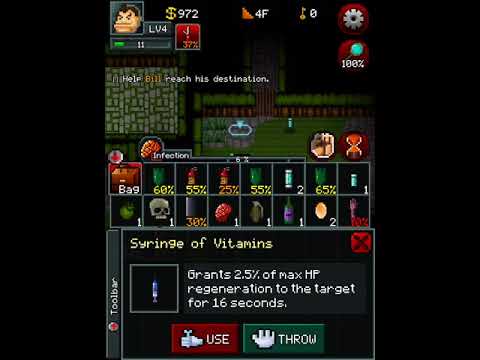 Zombie Rogue is a strategy simulation game. It is built for fast play and massive amounts of replay value. This turn-based strategy game for Android comes with random levels and items. So every time you play the game, you will get a new experience. 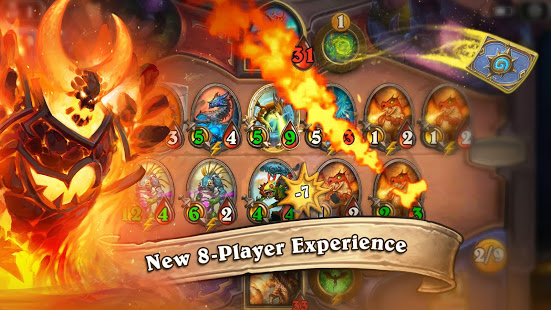 Hearthstone is a neck-and-neck card game that engrosses yourself into the unique world of fantasy. You have to contend with your rivals and make their health to zero. You can collect powerful cards and make your deck more strong. Plan and implement your strategies and defeat your challengers. You can call upon your followers and toss spells to snatch control of the battlefield. 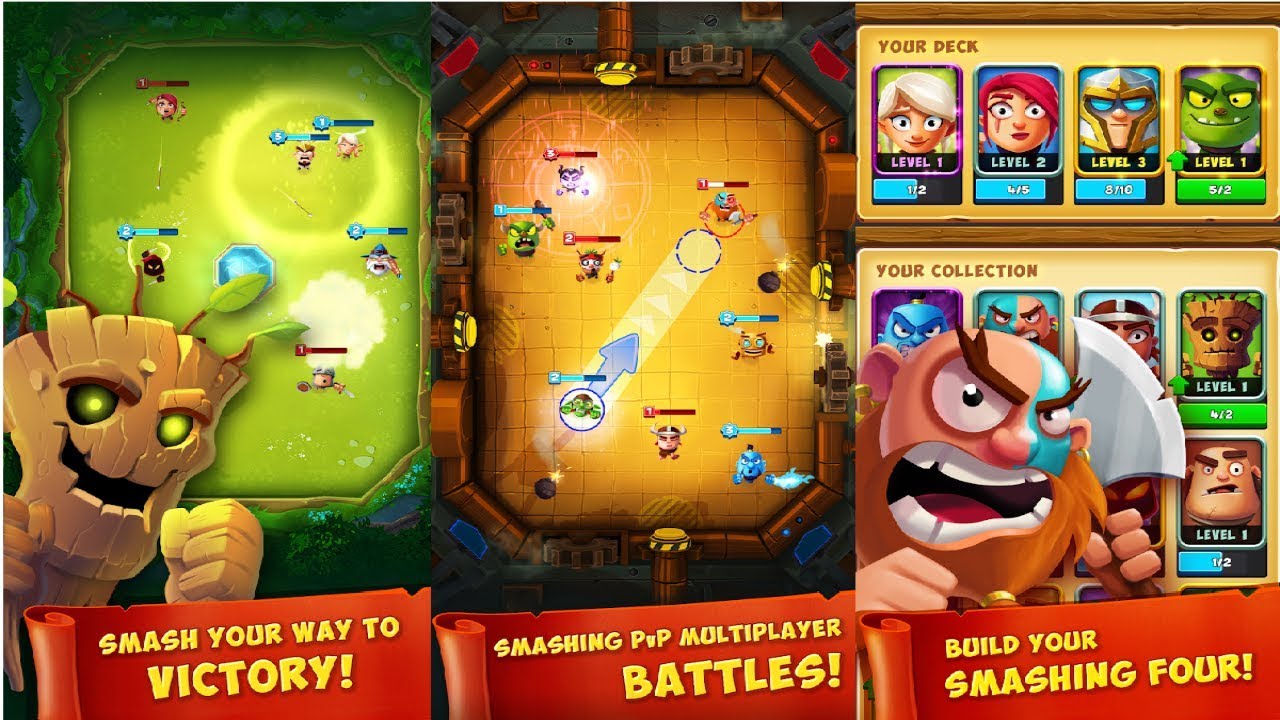 Smashing Four is one of the most popular strategy games on mobile. It is an online, card collectible, PvP multiplayer game where the player builds a squad of four smashing heroes and battle against other players in spectacular arenas. 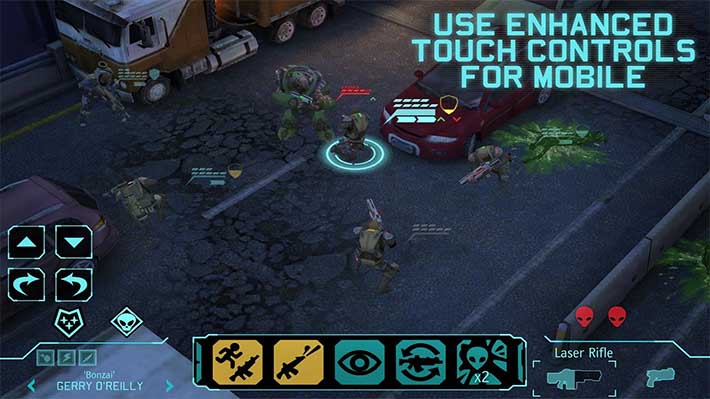 XCOM is one of the best tactical online turn-based games. Here you are going to serve as a commander in order to stop aliens from occupying the world. Your mission will be to monitor the squad in the mission field and eliminate aliens as the elegant leader of XCOM. XCOM is a serious strategy game, even on normal difficulty. Xcom is the best turn-based strategy game for android. 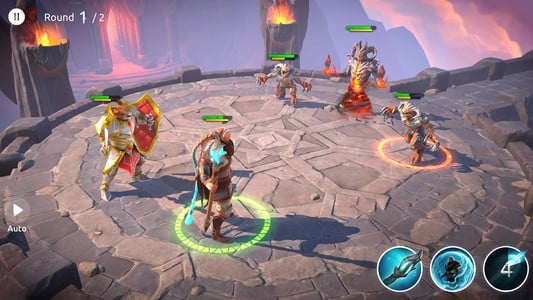 Age of Magic is a mobile turn-based fantasy RPG about legions of epic heroes battling on the remnants of an ancient world of magic. It’s the best turn-based game for android.

Many people enjoy the world of imagination, full of elves, gnomes, magi, and paladins, as in the good old Diablo. Most fantasy games come in RPG style, but the company Playkot chose not only to please magic enthusiasts but also fans of the turn-based strategy.

In April 2018, “Age of Magic” has come out, and thanks to a good graphic, plot, and creativity, many of the users have already fallen in love with the game. The number of Google Play downloads is over 1 million, in a matter of a few months. The game is outstanding for its lovely illustrations and 3D graphics and the loading screens look like art. It’s one of strategy RPG games to play.

Age of Magic is a perishing magic world, in which hundreds of pieces of creatures surviving the disaster rise among the stars. In between these fragments, the player will have to gather heroes and battle monsters to freeze the soul. As for the characters, there are classic magicians, lizards, talking animals, and samurai elves, to say nothing of the classic paladins. The age of magic features a total of over 50 individual heroes from 12 different races. Players have the option to recruit as they see fit their team heroes. Furthermore, every character needs to be pumped, equipped and strengthened. True, the hero’s presence is hardly visible. 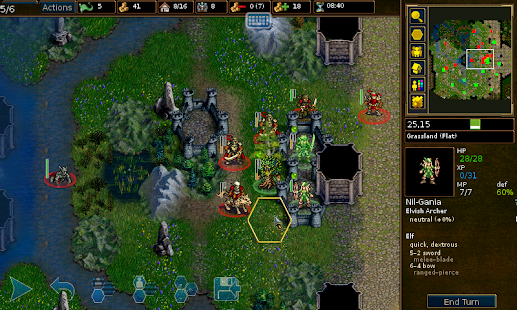 The unique combination of LoC, hex-based maps, terrain defense and movement, and map form with various unit damage types and resistances offers a unique play style. The battle for Wesnoth is a highly creative, tour-oriented, open-source strategy game. Participate in over a dozen adventures covering centuries from the plains of Weldyn to the forests of Wesmer, the mines of Knalga to the mountains of the Heart! Play as a young prince escaping Lich Lords invading forces to a new ocean-wide home.  Delve into the deepest darkness of the world to make a jewel of fire. Travel through the continent in an audacious quest for a usurping queen’s rightful throne. Step into a young mage’s shoes, his precise village in search of vengeance and immortality. Battle the undead hordes of a foul necromancer as he marches upon your capital. Guide a daring group of survivors to a final confrontation with an invisible animosity through the blazing sands. You have to select it. It also turn-based on mobile games.

Then take the battle online! Choose from seven fully-balanced factions and duke it out with your friends in over 50 multiplayer maps for parties of all sizes! Battle for Wesnoth is an android turn-based strategy game.

Find out about hundreds of creative, multi-player community campaigns, maps, and factions and try your hand at crafting your own!! Wesnoth has a built-in map editor, a very moddable engine, an easy and intuitive language for scripting, and a friendly, dedicated community for modding. Nothing tells what you’re going to make of life adventures! 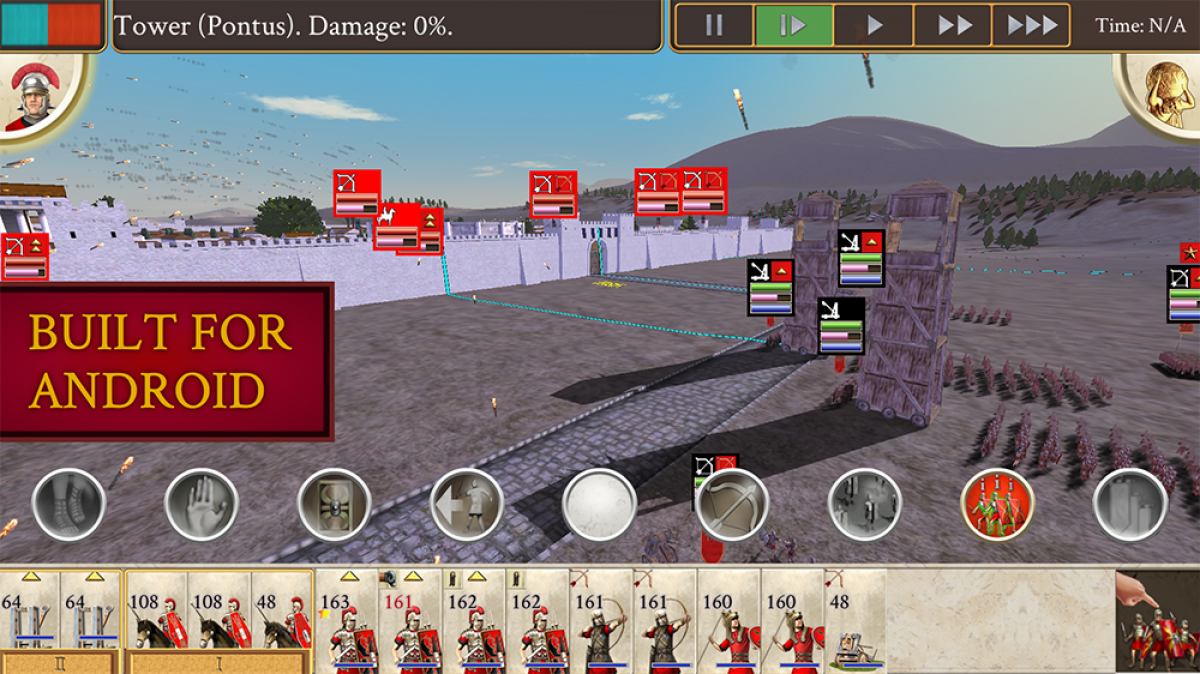 It’s one of the best Android strategies games that will take you to 270BC. One Roman family should first be controlled. There are two different gaming options: tactical in real-time fighting and turn-based strategic campaign. Using your forces to defeat hostile forces and use your plan and strategies to accomplish the goals illustrated on the map.

Clash Clans is one of the online strategy’s most challenging games. There you will be serving as the village head and trying, by beating other clans, to create an invincible army. Gather wealth by fighting to better your town and your army. Train the soldiers for the next battle at a higher ranking. It’s possible for you to join another clan in the epic battles. Cash of clan is the best free turn-based strategy game android.

Do you have something you want to share with us? Some suggestions, comments, or feedback? 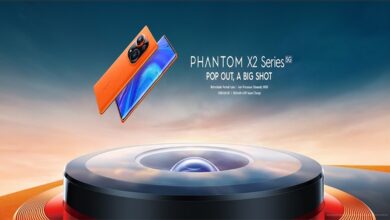 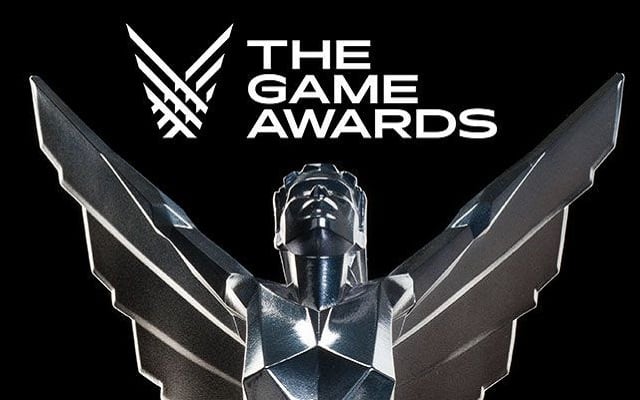 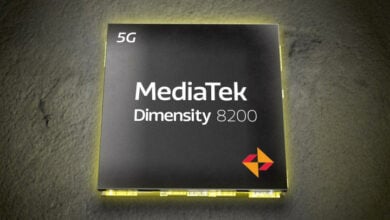 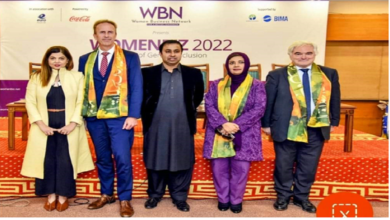