Samsung introduced Bixby to get things easily done for its users. It is basically a smart assistant for users like Apple’s Siri. It permits to edit photos, open chats, and other actions.

Let’s see how Bixby vs Siri, smart assistants vary from each other.

Bixby can clear the notification bar, screen scrolling, and swiping screen left and right whereas Siri cannot perform these actions. So we all know who’s the winner here. Obviously, Bixby.

Siri tends to respond quickly as compared to Bixby. It easily gets the voice commands and acts or answers according to it. However, Bixby takes more time as compared to Siri. Here, Siri wins the lead.

Bixby can understand limited dialects ( English (US), Korean and Chinese (Mandarin)), but Siri is good at note-taking and can listen to various languages. Siri gains score here.

Bixby can work and carry the user-told actions in third party applications. For instance, you can ask Bixby to share a post on Facebook or to post a picture on Instagram. Third-party app integration is not supported by Siri. Here it is

No response by Siri.

And here is Bixby 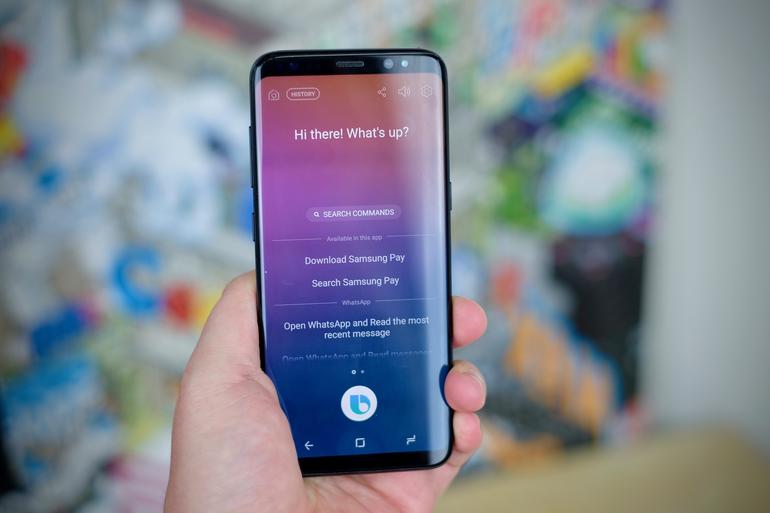 Siri can only open the camera for its users while Bixby has the ability to click pictures, edit, view, creating and naming albums and posting them on social media (if one wants too). Bixby for the win.

Bixby is installed in the latest Samsung TV models along with mobile phones. The best part is that many of Samsung electronic gadgets have the support of Bixby. It provides a perfect comfort zone that even a user can ask it to print the documents. Apple, on the other hand, is still progressing to have Siri assistance on its own gadgets other than iPhone or iPads. So, it is difficult to have a word over who is the winner.

In Bixby, commands and questions are treated as two separate fields so that users won’t get confused. Siri does not possess this feature. Bixby achieves a clean sweep here.

When it comes to asking something from Siri and it is unable to search results, it will say “I can’t help you with that”. But, if you ask Bixby, familiar results will be shown with a question like “Is that what you wanted?”. Still, Samsung is working on Bixby for better and more productive results. Bixby deserves a chance to get more known. In the beginning, it faced many negative comments. But with updating, people find it more useful. With the more advanced features like altering pictures, scrolling screens, solving queries and integration with third-party applications, Bixby outpaces Apple’s Siri. Do you think the same? Let us know in the comment section below.