Black Shark 3 5G is the upcoming gaming smartphone to hit the market very soon. The phone has appeared in many leaks and renders. The company has also revealed some key specs of the phone. However now, we get to know more official news about the specs of the upcoming gaming phone. Black Shark 3 5G Confirmed to have 5,000 mAh Battery with 65W Charging. From the previous reports, we know that it will come with Snapdragon 865.

However, today the brand manager has posted a poll on Weibo, asking which battery charging + capacity + cycles is the best for gaming devices. He also revealed that the Black Shark 3 will come with 65W fast charge, 5,000 mAh battery. With the fast charging technology, the phone will be fully charged in 38 minutes. 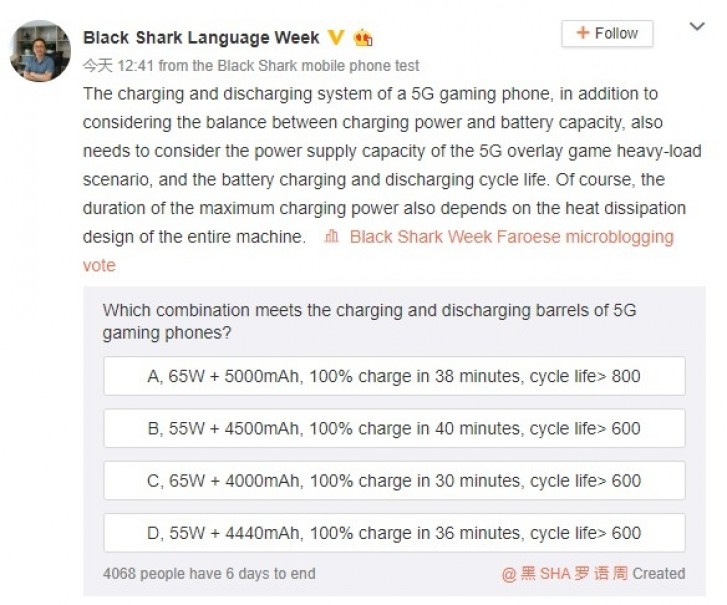