BLITAB: World’s First Tablet for Blind and Visually Impaired People. The main idea behind this invention is to help the 285 million blind or visually impaired people of the world who are unable be part of contemporary modern social community.

BLITAB is a curve Braille device for writing and reading that actually displays 1 whole page of Braille text; without the mechanical elements. It is actually like an e-book which displays small physical bubbles instead of using a screen functionality. These bubbles rise and fall on user’s demand. 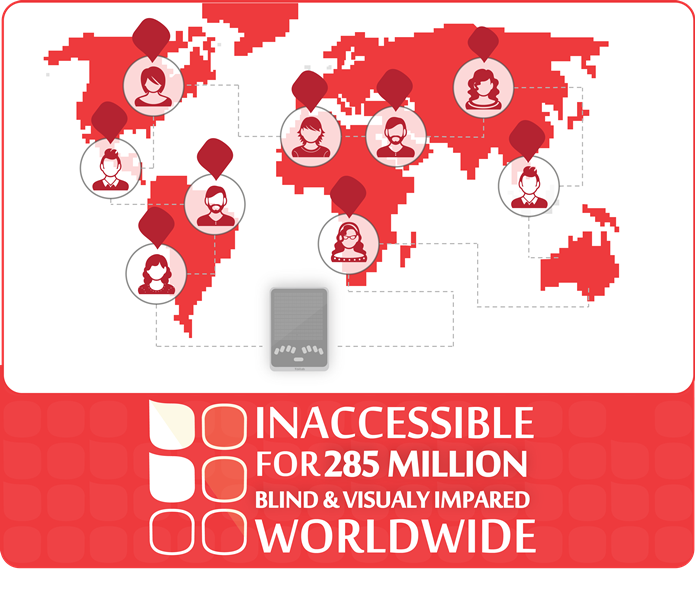 BLITAB: The IPAD Designed for the Blind People

Company’s Expectations from this Product:

Modern gadgets like laptops, e-readers and tablets has actually left behind the visually impaired or blind people of the world. This has happened due to the pertinent fact that visual display units are heart of all the modern communication and information systems even including Internet. The creativity of blind people is highly impacted by these hurdles when they work in any IT industry.
That is why, BLITAB is invented in order to make the World more accessible and easy for blind and visually impaired people.
Also Read: Lenovo Shows Off Bendable Phones and Tablets Prototypes
Saima IbrahimLast Updated: Jan 12, 2021
Share
Facebook Twitter Pinterest