The Call of Duty Vanguard Alpha campaign is almost ready to release its open beta access, bringing the franchise’s WW2 concept back to life. We’ve got the lowdown on Call of Duty Vanguard’s public test for those who are curious. In this post, we’ll go over the important information, release date and how to play it.

While the game will not be available until November 5th, there will be many Alpha and Beta demonstrations available before then. The first of them, which focuses on the new Champion Hill multiplayer mode, begins this week.

How to Play Call of Duty: Vanguard Alpha

If you have a PlayStation, all you have to do is download and start playing as soon as it becomes available – you don’t even need a PS Plus subscription in most situations. People who already have Call of Duty: Warzone, Black Ops Cold War, or Modern Warfare installed may simply go to the Alpha menu blade on the far left side of the screen to access the download link on PS Store, or they can search for it themselves.

The mode pits two or three players against each other in four Champion Hill maps: Courtyard, Trainyard, Market, and Airstrip. Furthermore, players will be able to purchase up to six perks that will last during the game.

When is the next Alpha/Beta Session? 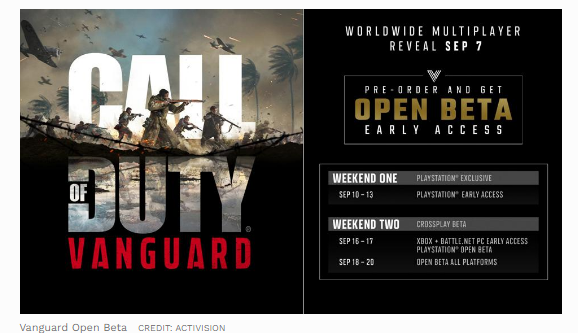